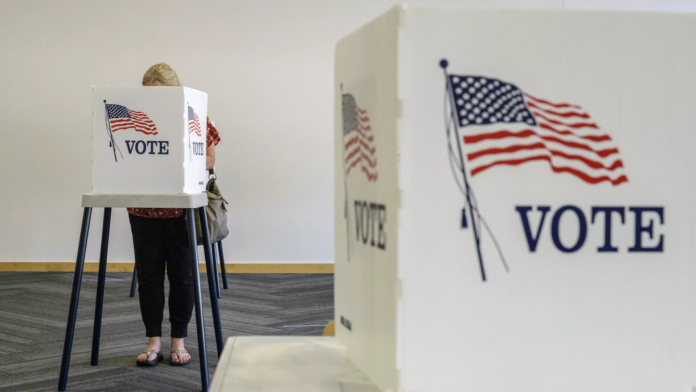 The wife of a northwestern Iowa county supervisor has been charged with 52 counts of voter fraud for her actions during her husband’s failed bid to run for Congress in 2020, the Department of Justice said Thursday.

Driving the news: Kim Phuong Taylor, of Sioux City, Iowa, allegedly filled out and forced others to submit dozens of voter registrations, ballot request forms and absentee ballots that had false information as her husband sought the Republican nomination for the state’s 4th U.S. Congressional District, the DOJ said.

Context: Her husband, Jeremy Taylor, is a former Iowa House member who finished third in a race for the Republican nomination for Iowa’s 4th U.S. Congressional District seat, the Associated Press reports. The winner, Randy Feenstra, was elected to Congress in November 2022.