Why is Australia’s Steve Smith wearing a ragged Baggy Green cap? He blames the rats in the Galle change room. 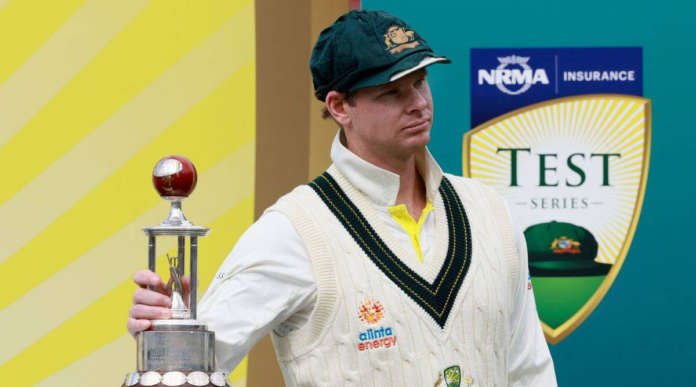 The state of Steve Smith’s baggy green has raised a debate on social media over whether his well-worn cap is a sign of “disrespect for a national icon”.

Steve Smith’s tattered baggy green has caused quite an uproar on social media. Many fans have called it a sign of “disrespect for a national icon.” However, the right-handed batter has revealed the real reason behind him wearing a ragged Baggy Green cap. He has blamed on the rats in the Galle change room.

Standing in as captain for Australia’s huge win in the second Test of the series against the West Indies, Smith was pictured wearing his rather tattered baggy green.

Having 88 Tests under his belt since 2010, Smith’s baggy green is a little worse for wear.

The fabric had worn off the brim and hours and days of toil in the field for his country have taken its toll on the iconic cricket cap, with some asking if Smith should get a replacement.

“I left it overnight in the change room in Galle like I do everywhere and turned up next day and rats had got to it I think,” he told The Australian.

“I’m going to try and get it fixed this week, it’s falling apart.”

Australia will take on South Africa in the three-match Test series, which will start at the Gabba in Brisbane starting Saturday.