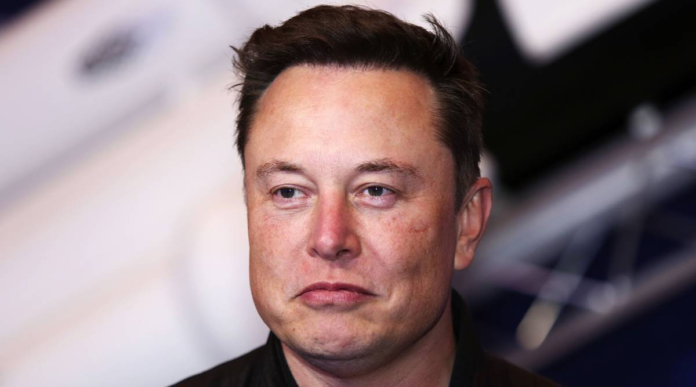 The data center shutdown was one of many drastic steps Musk has undertaken to stabilize Twitter’s finances.

Early on Christmas Eve, members of the billionaire’s staff flew to Sacramento, California — the site of one of Twitter’s three main computing storage facilities — to disconnect servers that had kept the social network running smoothly. Some employees were worried that losing those servers could cause problems, but saving money was the priority, according to two people who were familiar with the move but not authorized to talk about it.

The data center shutdown was one of many drastic steps Musk has undertaken to stabilize Twitter’s finances. Over the past few weeks, Twitter had stopped paying millions of dollars in rent and services, and Musk had told his subordinates to renegotiate those agreements or simply end them. The company has stopped paying rent at its Seattle office, leading it to face eviction, two people familiar with the matter said. Janitorial and security services have been cut, and in some cases employees have resorted to bringing their own toilet paper to the office.

Musk bought the social network for $44 billion in late October, saddling it with debt that will require him to pay about $1 billion in interest annually. Speaking on a live forum on Twitter last week, Musk compared the company to a “plane that is headed towards the ground at high speed with the engines on fire and the controls don’t work.” Twitter was on track to have a “negative cash flow situation” of about $3 billion in 2023, he said, citing a depressed advertising environment and increased costs, like the debt payments.

“That’s why I spent the last five weeks cutting costs like crazy,” he said.

Those cuts may be yielding consequences. On Wednesday, users around the world reported service interruptions with Twitter. Some were logged out, while others encountered error messages while visiting the website. Twitter has not explained what caused the temporary outage. Three people familiar with the company’s infrastructure said that if the Sacramento facility was still operating, it could have helped alleviate the problem by providing backup computing capacity when other data centers failed.

Twitter, which has eliminated its communications department, and Musk did not respond to a request for comment.

Although he has said he would appoint a new chief executive at Twitter, Musk remains closely involved at the social networking firm even as problems crop up at his electric vehicle company, Tesla. And his tight control of the daily management of Twitter calls into question just how much power he would cede to a new chief, who would inherit a bare-bones business that he still owns.

Since early November, Musk has sought to save about $500 million in nonlabor costs, according to an internal document seen by The New York Times. He has also laid off or fired nearly 75% of the company’s workforce since completing the purchase.

During the live forum on Twitter last week, Musk said Twitter had “a little over 2,000 people.” The discussion occurred shortly after he laid off about 50 people, mainly from the company’s infrastructure division. Last week, he cut half of the public policy team’s 30 employees.

Cost-cutting has been overseen by Steve Davis, the head of Musk’s tunneling startup the Boring Co., and Jared Birchall, the head of the billionaire’s family office. Twitter managers who didn’t lose their jobs in mass layoffs last month have been told to approach their spending with a tactic known as “zero-based budgeting,” or operating under the assumption that spending should start at nothing and teams should justify individual costs, according to the costs-savings document.

Davis has directed Twitter employees to delay paying various contractors or vendors and try to negotiate those bills to smaller amounts, according to two people familiar with his instructions. The cost of one of the company’s largest contracts, with the consulting mega-firm Deloitte, has been a point of particular concern for Twitter’s leadership, which wants to reduce the fees the company pays for security, tax preparation and other services, the two people said. The company has skipped payments to KPMG, an accounting and consulting firm that had been working on matters related to compliance with the Federal Trade Commission, they said.

While missed payments to those firms have now been paid, according to a person familiar with the expenditures, it’s unclear if the company will retain their services beyond this year. Representatives for Deloitte and KPMG did not respond to requests for comment.

The company missed payments to and then renegotiated its contract with Carrot, a benefits provider for fertility services including egg and sperm freezing and in vitro fertilization, according to two people close to the company. On Thursday, Carrot notified Twitter employees that the fertility benefit amount would be halved in the new year. A representative for Carrot did not respond to requests for comment.

Last week, Twitter got rid of the cleaning staff at its New York offices and 10 people from corporate security, signaling that it may close one of its two buildings there, said two people familiar with the move.

At Twitter’s San Francisco headquarters, where the company has missed rent payments, Musk has done the same, consolidating workers onto two floors and closing four. He also canceled janitorial services this month, after those workers went on strike for better wages.

That has left the office in disarray. With people packed into more confined spaces, the smell of leftover takeout food and body odor has lingered on the floors, according to four current and former employees. Bathrooms have grown dirty, these people said. And because janitorial services have largely been ended, some workers have resorted to bringing their own rolls of toilet paper from home.

Musk’s erratic and hands-on style has thrown off a number of workers, as he often interrupts meetings seemingly at random, talking for long stretches and asking some top leaders to be sounding boards for his ideas, two people familiar with his management of Twitter said.
He has also asked some leaders to snuff out the sources of leaks to the press and anonymous posts on social media sites, three people said, and is focused on eliminating people inside the company he believes are opposed to him.

Workers expect more layoffs. Because the sales staff was cut less than other teams in earlier rounds of dismissals, some people anticipate further cuts to the division. U.S. revenue numbers continue to flag, with advertising revenue down significantly over the first week of December compared with where it was one year ago, two people said.

Despite the steep cuts, Musk has continued to spend in some areas. Twitter has hired several new employees in recent weeks, replacing workers who were terminated during mass layoffs in November.

But the training process for new employees has been significantly reduced, cutting to 90 minutes what was once three days of orientation that included information on compliance with privacy and security agreements with global regulators, three people said. In one case, a new hire contacted a former employee on LinkedIn to get an understanding of how services worked at the company, according to the former worker.

Musk has also brought in dozens of engineers from his other companies, including Tesla and SpaceX, to work at Twitter. While Tesla engineers are not on Twitter’s payroll, the automaker has billed the social media firm for some of their services as if they were contractors, according to documents seen by a former Twitter manager.

Among those who have been brought in recently, according to a document seen by the Times, include Omead Afshar, one of Musk’s right-hand men, who previously oversaw the construction of Tesla’s factory in Austin, Texas, and is now, Bloomberg reported, a vice president at SpaceX. Afshar did not respond to a request for comment.

Some human resources and other employees have agreements to stay until January or February to help the transition to Musk’s ownership before leaving, two people familiar with the department said.

The shutdown of the Sacramento data center, known as SMF1, set off alarm bells at Twitter, with employees being summoned to work on Christmas Eve as internal systems went down, according to Slack messages viewed by the Times. While users did not experience any immediate disruptions to the social network, three people who used to work on the company’s infrastructure called Musk’s moves reckless, potentially leading to the loss of internal data and about 30% of the company’s computing power that could be needed in times of high site traffic.

Musk tweeted that Twitter remained online, “even after I disconnected one of the more sensitive server racks.” That evening, the system Twitter uses to triage reports of illegal and harmful content went offline briefly, according to an internal message written by Ella Irwin, the company’s head of trust and safety.

“All agent tools are down,” she said of the system.

This article originally appeared in The New York Times.