HomeNewsTwitter in 2022: 5 essential reads about the consequences of Elon Musk’s...

Twitter in 2022: 5 essential reads about the consequences of Elon Musk’s takeover of the microblogging platform 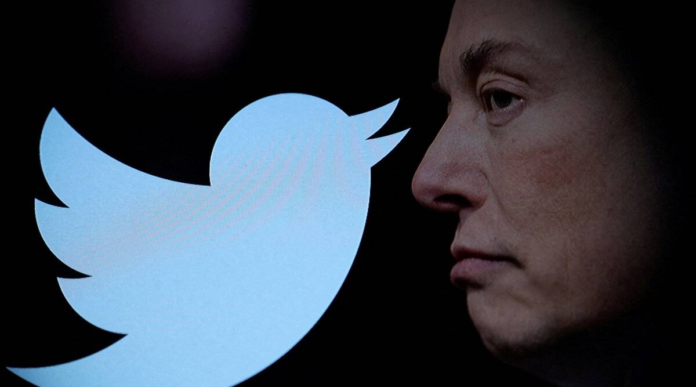 Twitter has seen a rise in hate speech and technical problems as media reports say up to 75% of the staff has been cut since Elon Musk took over.

You would be forgiven for growing numb to the almost daily assault of headlines proclaiming the latest stunning development involving Elon Musk’s tenure as owner and manager of Twitter.

The microblogging platform has seen a rise in hate speech and technical problems as media reports say up to 75% of the staff has been cut since he took over.

In December 2022, unsettling news about Twitter included the disbanding of the company’s Trust and Safety Council, the conspiracy theories and score settling of the “Twitter Files,” QAnon’s Musk-inspired revival, the suspension of the Twitter accounts of journalists covering the company, and a brief ban on links to rival social media platforms such as Instagram, Facebook and Mastodon.

Beneath these headlines lie crucial questions about the nature, role and state of social media in society. Prompted by Musk’s acquisition of Twitter, The Conversation published several articles exploring these issues.

These articles from our archive look at the effects of content management, the dangers of COVID-19 misinformation, Twitter’s underappreciated nature as a data source, Black Twitter’s vital role in social justice movements, and the difficulties of starting over in a post-Twitter world.

Among Musk’s stated motivations for buying Twitter was to address his claim that the platform was biased against figures on the right. Musk did not offer any data to support this.

Twitter’s own researchers, who had access to data not available outside the company, found that the opposite is the case – the platform is biased in favor of right-leaning voices.

Musk said at the time he made his bid for the company that he intended to make Twitter a platform for free speech, and that free speech on Twitter was being stifled by excessive content moderation.

Again, research shows that the opposite is the case. To the extent that Twitter is an arena for free speech, it is an arena that is readily manipulated. “Astroturf” causes, trolling and misinformation are facilitated by bots and malicious users that appear to be the digital equivalent of crowds gathering around fabricated outrage.

Indiana University social media researcher Filippo Menczer has found that this manipulation has become sophisticated, with coordinated networks of users and bots manipulating Twitter’s algorithms to artificially increase or decrease the popularity of content. Twitter has attempted to rein in this abuse in recent years through content moderation, and weakening these moderation policies “may make abuse rampant again,” he wrote.

In November 2022, Twitter quietly posted notice that it would no longer enforce its policy against COVID-19 misinformation. Fighting medical misinformation on social media has been an uphill battle, and the outcome has life-and-death consequences.

Another issue is that what happens on Twitter doesn’t stay on Twitter. Anti-vaccine content and medical misinformation generally “can spill over into other online platforms,” hampering those platforms’ efforts to combat misinformation, Susarla wrote.

Diamonds in the mud

As Twitter devolves and degrades, there is a possibility that the platform, at least in pre-Musk form, could disappear. While few are likely to lament the loss of a playground for trolls and a breeding ground for misinformation, Susarla spelled out some of the unique and valuable services Twitter has provided.

Every public tweet is archived and accessible, which makes for a treasure trove of data about collective human behavior. This data is very valuable for researchers and policymakers, she wrote. For example, public health researchers have found associations between tweeting about HIV and incidence of HIV, and with geotagged tweets researchers are able to assess the health of people in particular neighbourhoods.

Twitter has also been a vital arena for crowdsourcing, Susarla noted. For example, during natural disasters and other emergencies, Twitter “has been a great venue for crowdsourced eyewitness data,” she wrote. And Twitter has been invaluable in the field of open-source intelligence (OSINT), “particularly for tracking down war crimes.” Twitter has also been invaluable as a venue for crowdsourcing about another type of threat: police brutality, particularly against Black people. In 2018, 28% of Twitter’s users in the U.S. were Black, and about 1 in 5 Black Americans were on Twitter, according to Nielsen.

This digital community in Twitter, dubbed Black Twitter, circulates topics, stories and images that directly relate to and affect the Black community, noted Emerson College communications scholar Deion Scott Hawkins. In particular, Twitter is often used to document and upload videos of police brutality. “For instance, the video of George Floyd’s death in police custody was first publicised on Twitter, and then mainstream news circulated the footage,” he wrote.

Losing Black Twitter would mean losing robust, rapid and authentic information sharing on police brutality within the Black community, Hawkins observed. “Black Twitter and the information it provides is literally a matter of life and death,” he wrote.

Pack your bags, but to where?

The changes Twitter is undergoing have prompted many people to leave the platform, and more to consider doing so. The potential depopulation of the social media platform is a scenario that University of Colorado Boulder information science researcher Casey Fiesler has seen – and studied – before.

There is “essentially zero chance” that the majority of Twitter users can simply move to another platform and resume business as usual, she noted. Migrating to another platform is an uphill battle. “When social media platforms fall, sometimes the online communities that made their homes there fade away, and sometimes they pack their bags and relocate to a new home,” she wrote.

Previous social media platform migrations have shown the challenges: content loss, fragmented communities, broken social networks and shifted community norms, according to Fiesler. “But Twitter isn’t one community, it’s a collection of many communities, each with its own norms and motivations,” she wrote. “Some communities might be able to migrate more successfully than others.”