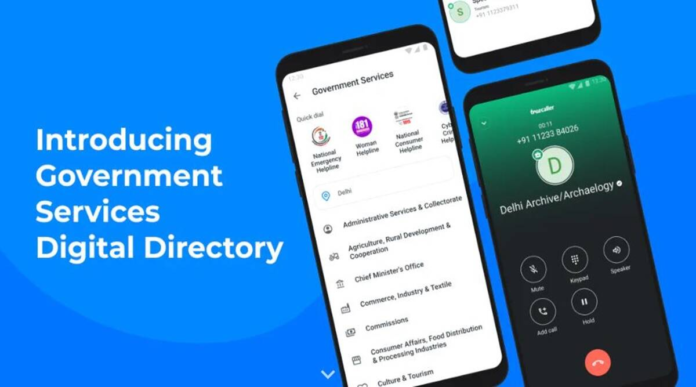 Truecaller launches a digital government directory that lets you check if you are talking to a fraudster or an official.

Truecaller recently launched a verified government contact digital directory that lets users check if the other person calling is a government official or a scammer. The new feature will help citizens connect with government officials and includes numbers for ministries and bureaucrats.

The in-app government directory has numbers for 20 central ministries spanning over 23 states and union territories with information directly taken from the government and official sources. Truecaller also said it would expand the directory with new numbers across different departments and states.

In the coming days, the company is also planning to add district and municipal-level contacts which will help citizens identify if the person on the other end is really a government official or a scammer, fraud or spam. When a government official calls someone the user will see a green background with a blue tick, which means that the number is verified.

Using the new feature, one can also easily reach out to local authorities for any help or query. Currently, it is available on the Android version of the app, but there is no word on when it will be coming to Apple’s iOS.

Some time ago, Truecaller added several new features to the app like urgent messages, sharable smart cards and smart SMS.