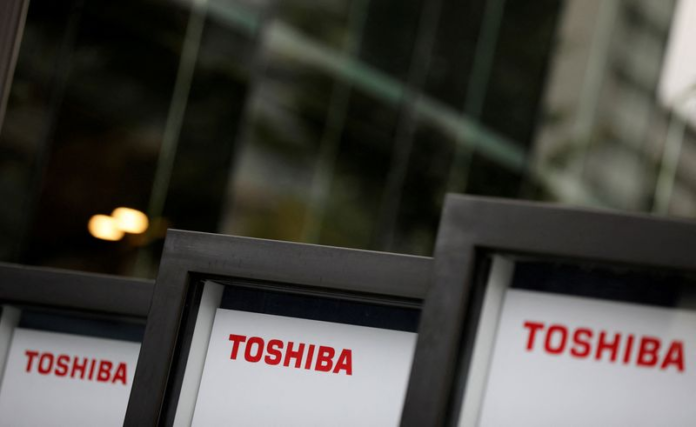 TOKYO (Reuters) – Japan’s Toshiba (OTC:TOSYY) Corp, which is in talks about a buyout, said in a letter to shareholders on Friday that it was aiming to reach a conclusion with potential partners as soon as possible.

The letter from Akihiro Watanabe, chairperson of the board, and Jerry Black, chairperson of Toshiba’s special committee looking at strategic alternatives, added there was no assurance that a deal would be reached.

Toshiba is “planning to receive binding and bona-fide proposal(s) and shall be making strong efforts to arrive at a conclusion as early as possible after necessary negotiations,” the letter said.

Sources have told Reuters that the company’s preferred bidder, Japan Industrial Partners (JIP), was moving closer to securing financing from banks for a buyout. A deal is expected to value the industrial conglomerate at around 2.2 trillion yen ($16 billion).

Shares in Toshiba, whose businesses span nuclear power, defence technology and which owns 40% of memory chip maker Kioxia Holdings, were up 1.7% in mid-morning trade.