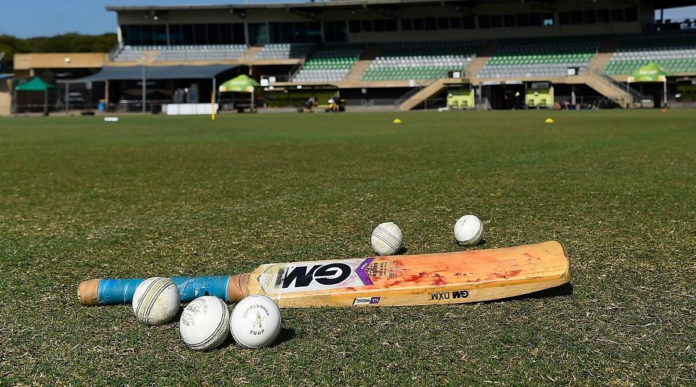 Ever since Tamil Nadu made it to the semifinals of the 2016/17 season, they failed to get past the group stages in the last five editions now. For a team that has done admiringly well in the white-ball formats in the same period their struggles in the longer format has been mostly down to the absence of a potent attack. In fact, the season they made it to the semifinals – where they lost to Mumbai – it was the bowlers who stood out with T Natarjan, K Vignesh and Aswin Crist all playing a big role. However, due to injuries and fitness issues, Tamil Nadu have not been able to put together another pace unit that can consistently take the 20 wickets to win a game.

The lack of depth in the bowling pool – especially in the pace department — has been evident for a while. With Natarajan, Crist unavailable due to injury, they successfully convinced Sandeep Warrier to make the switch from Kerala to Tamil Nadu. Even in the ongoing season Warrier has been their only pacer who has been able to bowl in all conditions. Although Tamil Nadu has had a strong cricketing eco-system across all age-groups, the focus over the last few years has titled more and more towards white-ball cricket. Even its school cricketing system which once used to be a good supply chain has failed to develop bowlers, who can juggle between formats. With the matches mostly being 20-overs a side and 30-overs, and even school teams have resorted to accommodating spinners – read left-arm spinners — who could contain the runs rather than the conventional ones. And most of the spinners who have made it to the state side in the long format have ended up being left-arm spinners – R Aushik Srinivas, DT Chandrasekhar, R Sai Kishore, M Siddharth, S Ajith Ram – making the attack one-dimensional.

The domino effect of it has been that TN has not been able to have the sort of success that teams like Saurashtra, Vidarbha, Mumbai, Haryana have had in the BCCI’s age-group system. In the last decade, only Baba Aparajith, Washington Sundar, S Radhakrishnan and Manav Parakh made it to the Under-19 World Cup squads, with the first two being the only ones to find a place in the XI.

While the team has benefitted in white-ball cricket, in Ranji Trophy where in the absence of an all-round attack the team has been found wanting against quality opposition. With Ashwin and Washtington on national duty, the team has been relying on Aparajith’s off-spin in the middle. And with their fortunes plummeting each passing season, the TNCA has been forced to bring in the Bowlers’ Talent Scout which will take place across the state.

“There is a lot of talent in the districts of the state (Tamil Nadu). The emergence of T Natarajan is a case in point. And through Tamil Nadu Premier League (TNPL), which has acted as a vehicle for budding talent since its inception, players such as N Jagadeesan and B Sai Sudharsan have come up the ranks,” said Ashwin while launching the programme.

The programme will be held in Coimbatore, Villupuram, Cuddalore, Tiruvarur, Trichy, Kanyakumari, Madurai, Dindigul, Ramanathapuram, Namakkal, Dharmapuri, Kancheepuram and Vellore. The plan is to identify the talents – in the 14-24 age group – and have periodic camps at the TNCA Academy in Chennai, where strength and conditioning coaches and bio-mechanic experts will constantly monitor their growth alongside skill-based coaches.

“Planning is one thing, and executing is quite another. As a bowling scout, you can assess and monitor the bowler’s action, his accuracy, the revolutions he imparts on the ball (in the case of a spinner), and the X factor he possesses. Identifying the right talent is the key and of equal importance is sustaining them over a period of time. TNCA can utilise my services in any capacity as I understand what it takes to play at a high-performance level. It is vital to have a robust supply chain of cricketers given the packed schedule these days and the number of injuries,” Ashwin said.