HomeNewsTesla does what Apple couldn’t do. Launches its own AirPower-inspired wireless charging...

Tesla does what Apple couldn’t do. Launches its own AirPower-inspired wireless charging pad 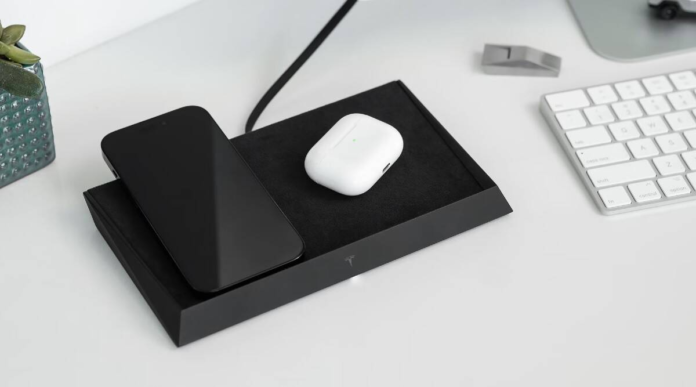 Tesla wireless charging platform can wirelessly charge up to three devices with up to 15W of power for each device.

It looks like the Tesla wireless charging platform has definitely got some inspiration from AirPower, as it offers “FreePower” technology, which can charge a phone or an accessory wirelessly without requiring precise alignment of the device to the charging pad.

The wireless charger has a total of 30 coils and at the front, the device has a tiny Tesla logo. Looking at the various product pictures, the device seems to be made for Apple users, capable of wireless charging iPhones AirPods, and even Apple Watch.

The Tesla wireless charging platform is currently available for pre-order on Tesla online shop for $300 or around Rs 25,000, which is definitely a lot of money for a wireless charging pad. According to the company, the product will start shipping in February 2023.