HomeEntertainmentSuriya to team up with this Malayalam director?

Suriya to team up with this Malayalam director? 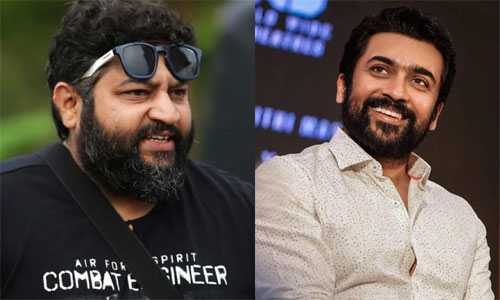 Actor Suriya will be next seen in his 42nd film, directed by Siruthai Siva. The movie is produced by Studio Green and UV Creations on a monumental scale and will be released in 10 languages. Now the news is that the actor might collaborate with Malayalam director Lijo Jose Pellissery.

In a recent interview, the Jallikattu director stated that he had given narration to the star actor. He also revealed that Suriya was impressed with his plot. However, due to a few reasons, the project didn’t start yet, stated the director. Recently Lijo Jose announced a film with Mohanlal titled Malaikottai Valiban.

After completing his 42nd film, Suriya will be allotting his dates for Vaadivaasal, directed by Vetrimaaran. However, Suriya has already opted out of Bala’s Vanangaan and hasn’t announced his new film after the existing ones. So, we need to see if the duo would unite after finishing their respective projects.