HomeNews"Support Free Press... Point We've Made In India Also": US On BBC...

“Support Free Press… Point We’ve Made In India Also”: US On BBC Series 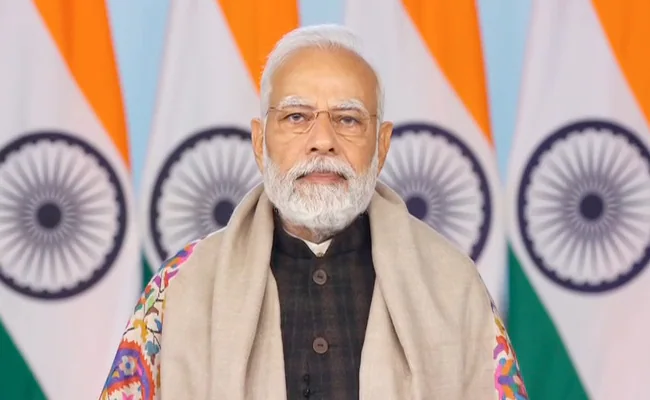 Ned Price, the US State Department spokesperson, underlined that is a matter of utmost importance to highlight democratic principles like freedom of expression.

Earlier, India responded to the BBC series on PM Modi by claiming that it was entirely biased. (File)Washington:

Describing India banning the BBC documentary on Prime Minister Narendra Modi as a matter of press freedom, the US State Department said that it is high time to highlight the importance of democratic principles like freedom of expression and make it a point around the world as well as in India.

Ned Price, the US State Department spokesperson, in a regular briefing on Wednesday underlined that Washington supports free press around the world and that it is a matter of utmost importance to highlight democratic principles like freedom of expression.

Responding to a media query, Mr Price said, “We support the importance of a free press around the world. We continue to highlight the importance of democratic principles, such as freedom of expression, freedom of religion or belief, as human rights that contribute to the strengthening of our democracies. This is a point we make in our relationships around the world. It’s certainly a point we’ve made in India as well.”

Earlier, addressing a press briefing on Monday (local time), Mr Price stated that there are numerous elements that bolster the US’ global strategic partnership with India which include political, economic and exceptionally deep people-to-people ties.

“I’m not familiar with the documentary you’re referring to. I am very familiar with the shared values that enact the United States and India as two thriving, vibrant democracies. When we have concerns about actions that are taken in India, we’ve voiced those we’ve had an occasion to do that,” he said.

Mr Sunak made these remarks on the controversial documentary that was raised in the British Parliament by Pakistan-origin MP Imran Hussain.

UK’s national broadcaster BBC had aired a two-part series attacking PM Modi’s tenure as Gujarat Chief Minister during the Gujarat riots of 2002. The documentary sparked outrage and was removed from select platforms.

The Ministry of External Affairs (MEA) responded to the BBC series by claiming that it was entirely biased.

While addressing a weekly presser in New Delhi, MEA spokesperson Arindam Bagchi said, “We think this is a propaganda piece. This has no objectivity. This is biased. Do note that this hasn’t been screened in India. We don’t want to answer more on this so that this doesn’t get much dignity.”

He even raised questions on “the purpose of the exercise and the agenda behind it.”