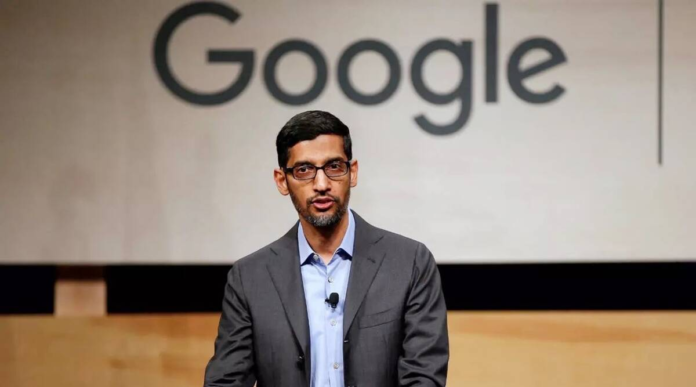 “The fact that these changes will impact the lives of Googlers weighs heavily on me, and I take full responsibility for the decisions that led us here,” says Pichai.

Google’s parent Alphabet has just announced that it’s reducing its workforce by 12,000 roles. The company CEO Sundar Pichai already sent a separate email to employees about the upcoming layoffs which will take place in the US and in other markets. The process will take longer in other countries, though, due to local laws and practices.

Pichai, in a blog post, says that he takes full responsibility for the decision. The decision was taken after a “rigorous review across product areas and functions to ensure that our people and roles are aligned with our highest priorities as a company.” Roles eliminated span Alphabet, product areas, functions, levels and regions.

The company adds that in the US, it will help ease the transition for the employees through the following benefits:

2. Offer a severance package starting at 16 weeks salary plus two weeks for every additional year at Google, and accelerate at least 16 weeks of GSU vesting.

4. Offer 6 months of healthcare, job placement services, and immigration support for those affected.

Outside the US, the company says that it will support employees in line with local practices.

Pichai added that being a nearly three-decade-old company, Google was bound to undergo difficult economic cycles. He said that these cycles were moments to sharpen the company’s focus, reengineer its cost base, and direct talent and capital to the highest priorities.

The 50-year-old also touched upon the areas that the company pioneered over the years. “Being constrained in some areas allows us to bet big on others. Pivoting the company to be AI-first years ago led to groundbreaking advances across our businesses and the whole industry,” he said, adding that Google’s products are better than ever owing to its early investments.

Hinting at the future course of action, Pichai said that Google was bracing itself to share some entirely new experiences for users, developers, and businesses. The CEO said that the company is at the threshold of a substantial opportunity with AI across all its products and it is prepared to approach the new possibilities boldly and responsibly.

Pichai also commended the company’s culture and the efforts of its staff with his characteristic optimism. “All this work is a continuation of the ‘healthy disregard for the impossible’ that’s been core to our culture from the beginning. When I look around Google today, I see that same spirit and energy driving our efforts. That’s why I remain optimistic about our ability to deliver on our mission, even on our toughest days. Today is certainly one of them,” he wrote.

Towards the end of his blog, Pichai revealed that he is anticipating many questions and that the company will be organising a town hall on Monday. The CEO ended his long blog post by asking all to take care of themselves and absorb the difficult news. “As part of that, if you are just starting your work day, please feel free to work from home today,” concluded Pichai.

Google’s mass firing is the latest in the spate of layoffs that took place in recent months. Earlier, this month tech giant Microsoft had indicated its plans to lay off close to 10,000 staff, while Amazon had laid off nearly 18,000 of its workforce. In November 2022, Meta had laid off 13 per cent of its workforce, while Twitter saw lay-offs of nearly half of its workforce.