HomeNewsSpotify’s letting you seal your favourite songs away so you can revisit... 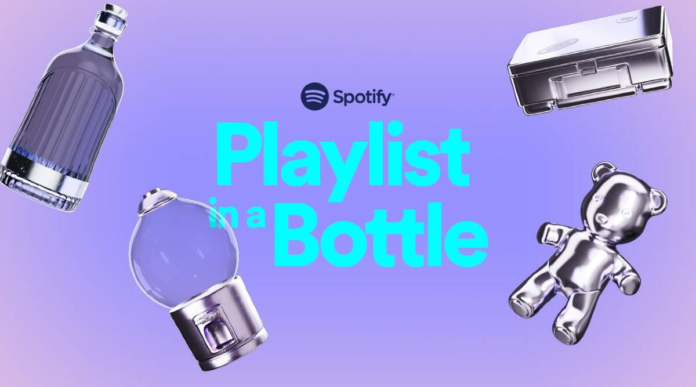 When January 2024 arrives, Spotify will return the capsule, reminding you what you were listening to one year prior.

People change – for the better or for the worse – and so do their music preferences. You’re probably not the same person you were a year ago and chances are your playlist looks a lot different now with it. But every once in a while, you come across an old track you used to obsessively listen to in a bygone era. Before you know it, it’s put on repeat once again. Nostalgia is a powerful emotion, and likely with that in mind, Spotify has introduced a new feature that lets you encapsulate your favourite songs and revisit them when you make it to 2024.

“Playlist in a Bottle is our latest interactive, in-app experience that captures who you are musically right now and then lets you revisit your 2023 musical self one year later,” reads Spotify’s press release.

To get started, select a time capsule of your choice – you can pick from a bottle, jean pocket, gumball machine, lunch box, or teddy bear. Next, answer a series of song-inspired prompts by selecting your favourite songs, like the one that reminds you of your favourite person or something you wish to hear live this year. The selected songs are compiled into a list, digitally sealed in a musical time capsule, and sent off.

When January 2024 arrives, Spotify will return the time capsule, which you can then uncork to remind yourself what you were listening to one year prior.

Playlist in a Bottle has been made available in 27 markets and 18 languages for all Spotify users across iOS and Android. The feature is time limited and will not be accessible following January 31, so you’d want to hurry. It remains to be seen if Spotify will turn this into a yearly tradition like Wrapped or if it’s just a one-time experiment.