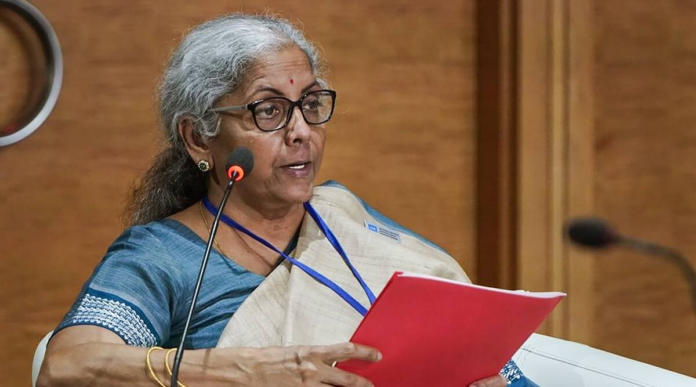 Sitharaman, while speaking at the book’s launch, said the old income tax regime is not at all simple as it is “full of exemptions”.

“If indeed there were gains of simplicity (from the old income tax regime), I want to assure they have not been reversed,” Sitharaman said in New Delhi. “People have been filing returns under it. Gains of simplicity are still there.”

The minister was responding to an assertion made in the book Reform Nation, authored by Observer Research Foundation Vice President Gautam Chikermane, which states that the new and voluntary income tax regime had removed the simplicity of the old one, which had just three tax slabs of 10 per cent, 20 per cent, and 30 per cent.

Sitharaman, while speaking at the book’s launch, said the old income tax regime is not at all simple as it is “full of exemptions”.

“For every tax assessee, it has 7, 8, 9, 10 exemptions. And with all that exemptions, the rate 10, 20, 30 per cent continues. It continues even today. We have not removed it. What we have done in the name of simplicity and to avoid harassment… removing harassment was what was aimed at when we brought in faceless tax assessment,” she said.

“In order to keep the simplicity and not deny those who want to keep the old simplicity, we kept that intact but we have come up with a parallel system which has no exemptions whatsoever, but which has simpler, more favourable rates… The reason why I had to bring in seven slabs was to make simpler and lower rates for those who are in the lower incomes,” she said.

In the 2020-21 budget, the government brought in an optional income tax regime under which individuals and Hindu Undivided Families were to be taxed at lower rates if they did not avail specified exemptions and deductions, such as house rent allowance, interest on home loan and investments under Section 80C. Under this, total income up to Rs 2.5 lakh will be tax exempt.