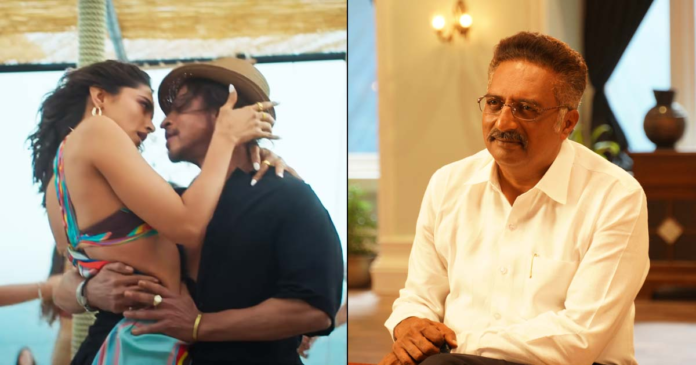 Deepika Padukone and Shah Rukh Khan landed in hot soup after the release of their first song Besharam Rang from their upcoming film Pathaan, and it has tangled in a lot of controversies. Recently, the state home minister of Madhya Pradesh, Dr Narottam Mishra, criticised the actresses’ outfits and called the song vulgar; now actor Prakash Raj has come out in support of Deepika. Read on to find out more.

Prakash Raj is known for being vocal about issues such as this, and now when many radical thinkers are calling for a ban on the movie, he has come out in support of Deepika. The problem arose due to the fact that she is sporting a saffron-coloured bikini in the song.

People have been taking to social media to call for a ban on the film as it is hurting religious sentiments, according to them. Prakash Raj shared his view on his official Twitter account, where he posted an article link quoting the MP minister with the caption, “Disgusting … How long should we tolerate these ..Colour Blind #AndhBhakts .. #justasking”. He shared another post with the caption, “#Besharam BIGOTS.. So it’s okay when Saffron clad men garland rapists..give hate speech, broker MLAs, a Saffron clad swamiji rapes Minors, But not a DRESS in a film ?? #justasking ….Protesters Burn Effigies Of SRK In Indore. Their Demand: Ban ‘Pathaan’.