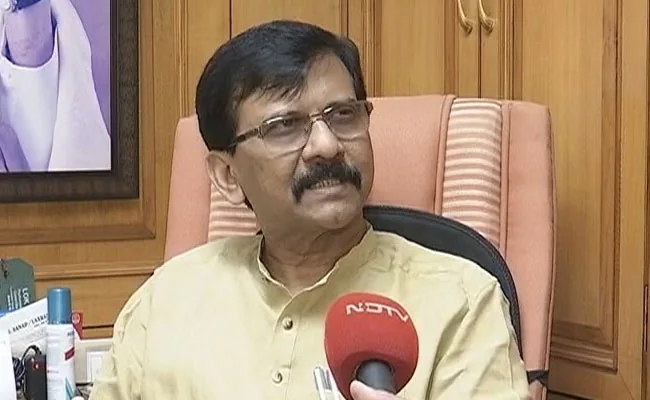 The Central agency conducted searches at multiple premises in Maharashtra as part of a money laundering investigation against Hasan Mushrif and others.

The Central agency conducted searches at multiple premises in Maharashtra as part of a money laundering investigation against Mushrif and others. The raids are understood to be linked to a probe related to alleged irregularities in the operations of some sugar mills based in the state that are linked to Mushrif, officials said.

“This action is pressure politics but Mushrif will come out of this phase,” Mr Raut told reporters.

He said Mushrif is a leader from the Opposition who is putting up a fight which is against a particular ideology.

“Be it me, Anil Deshmukh or Nawab Malik (who all were arrested by ED in separate cases)….some BJP leaders had talked about putting Hasan Mushrif behind bars. Such language was used against Bhavana Gawli (MP), Yeshwant Jadhav (both members of the Eknath Shinde faction of Shiv Sena) and many important leaders who are part of the government now.

“But they get relief and those in Opposition are facing pressure politics,” Mr Raut said, adding Mushrif is a fighter and the entire Opposition is with him.

The Shiv Sena (Uddhav Balasaheb Thackeray) faction is part of the Maha Vikas Aghadi (MVA) which also comprises the NCP and Congress.