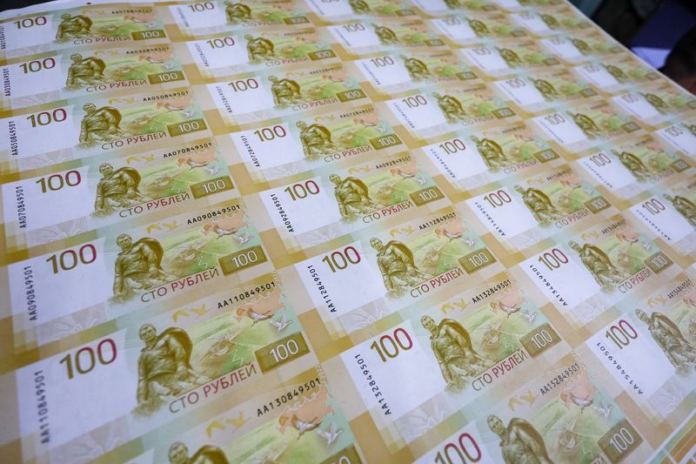 MOSCOW (Reuters) – The rouble weakened on Wednesday, sliding past the 71 mark against the dollar, as sanctions on Russian oil and their probable impact on export revenues put pressure on the Russian currency.

The rouble lost about 8% against the dollar last week and is on course for a hefty monthly decline after an oil embargo and price cap came into force. The finance ministry has said the recent slump is related to recovering imports.

Though trading in a narrower band early on Wednesday, the rouble has experienced high volatility in the past two weeks and is liable to sharp swings amid smaller trading volumes in the run up to Russia’s New Year holidays.

“The newly imposed Western sanctions have contributed to the recent falls in energy prices, which is certainly putting pressure on the rouble,” said Olga Yangol, head of emerging markets research and strategy for Americas at Credit Agricole (OTC:CRARY) CIB.

The rouble will be relatively resilient going forward though, Yangol added, expecting the oil price to be mainly driven by geopolitics and for OPEC+ to continue to trim its production in response to market fundamentals.

President Vladimir Putin on Tuesday delivered Russia’s long-awaited response to the Western price cap, signing a decree that bans the supply of crude oil and oil products from Feb. 1 for five months to nations that abide by the cap.

The dollar-denominated RTS index was up 0.8% to 952.9 points. The rouble-based MOEX Russian index was unchanged at 2,152.0 points.