HomeNewsEconomyRupee falls 26 paise to 81.68 against US dollar 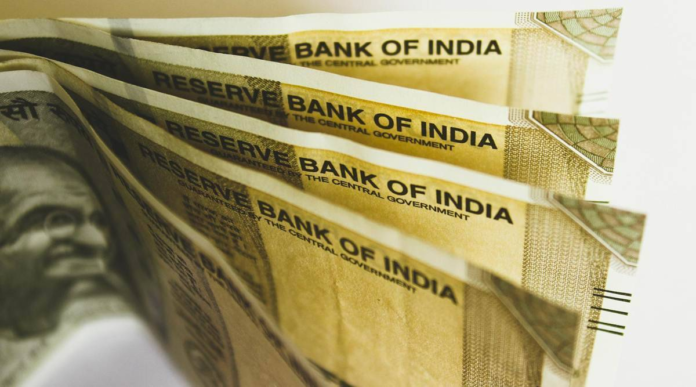 The rupee declined by 26 paise to 81.68 against the US dollar in early trade on Tuesday due to a rise in crude oil prices and forex outflows.

Early gains in domestic equity markets and a weak dollar against world currencies, however, restricted the rupee’s losses.

At the interbank foreign exchange, the rupee was trading at 81.68 to a dollar at 0925 hrs.

Brent crude, the international oil price benchmark, rose 0.02 per cent to USD 88.21 per barrel in Asian trade on expectations of demand revival from China.

The US dollar index, which shows the strength of the greenback against six world currencies, was down 0.17 per cent at 101.96.

Foreign Institutional Investors (FIIs) were net sellers in the capital market on Monday as they sold shares worth Rs 219.87 crore, according to exchange data.

Foreign investors pulled out a net amount of Rs 15,236 crore this month so far on attractive Chinese markets and concerns about the US economy entering a recession.