HomeNews"Rights Body Being Sent Only To Non-BJP Ruled States": Opposition

“Rights Body Being Sent Only To Non-BJP Ruled States”: Opposition 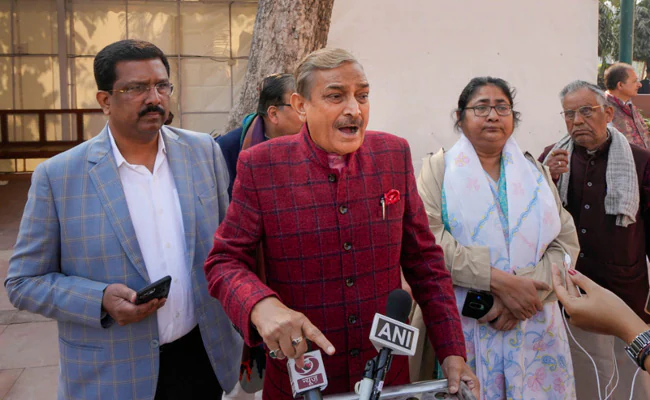 The opposition parties, in a joint statement, alleged that the Centre is sending the National Human Rights Commission (NHRC) only to non-BJP-ruled states with an intent to destabilise these governments.

Opposition parties on Tuesday accused the PM Modi government of using the NHRC and NCPCR to harass political opponents and advised it of not to waste such resources to gain electoral mileage.

The opposition parties, in a joint statement, alleged that the Centre is sending the National Human Rights Commission (NHRC) only to non-BJP-ruled states with an intent to destabilise these governments.

“We like-minded opposition parties condemn this brazen attempt to seek political mileage from such a devastating tragedy.

“We condemn the use of the NHRC in such a brazenly partisan and political manner which is an insult to the memory of those who have died as well as their families,” the parties said.

It is apparent that NHRC is being sent only to the non-BJP ruled states as the intent seems to be only to destabilise the opposition ruled governments, they alleged.

“Sadly, NHRC and NCPCR appear to have become the latest tools in the hands of the Modi Government after using ED, CBI, IT etc to target political opponents for the last 8 years,” they said in the statement.

“We hope the Modi Government will introspect and deploy valuable public resources towards serving the people instead of towards securing its own electoral prospects,” they also said.

The parties expressed their sorrow at the hooch deaths and said that Bihar has taken stringent steps to tackle bootleggers and ‘arrack’ makers and has also deployed mass-outreach campaigns to warn people against spurious liquor.

However, the ruling regime has once again demonstrated that there is no tragedy that it will not seek to leverage for its own political gain, the opposition leaders said.

They alleged that in the immediate wake of these tragic deaths, an NHRC team was rushed to Saran and Siwan districts in Bihar to investigate the matter.

“The double standard of the Modi government is evidenced by the fact that from 2016, when prohibition was imposed by Bihar Government led by JDU-BJP, to 2021, there have been over 200 hooch-related deaths in the state, but the NHRC never felt the need to investigate any such incident,” the statement said.

Opposition parties on Tuesday walked out from Rajya Sabha with these accusations.

Coming out with a list of hooch tragedies in the last two years, they said that in Gujarat this July, more than 45 people died, and several others were hospitalised after consuming spurious alcohol in villages in Ahmedabad, Surendranagar, and Botad.

In May 2021 in Uttar Pradesh, around 36 people died due to consumption of spurious liquor in Aligarh, they said.

Similarly, they alleged that in Haryana in November 2020, 40 people perished to spurious liquor and several others fell ill in Panipat and Sonipat districts.

“As per data placed in Lok Sabha, 6,954 persons have died in the country between 2016 to 2021. Yet in none of these cases, the NHRC demonstrated as keen an interest as it has done in the case of Bihar,” the joint statement said.

IUML, RLD, RSP and KC-M were among the other signatories to the statement.