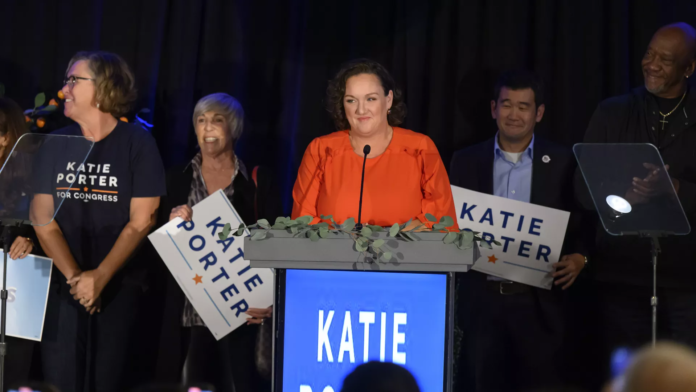 Rep. Katie Porter (D-Calif.) announced Tuesday that she is running for Senate in 2024.

Why it matters: Sen. Dianne Feinstein (D-Calif.), 89, has not said if she’s running for re-election, but Porter will put significant pressure on California’s senior senator to decide.

The big picture: Both of California’s sitting senators have not publicly said if they plan to leave their seats, but it is widely speculated that Feinstein will not seek another term.

What they’re saying: “I’ve spent my career—both before and after being elected to the House—taking on special interests and delivering for working people, and I’m running for the Senate because Californians deserve a warrior fighting for them in Washington,” Porter wrote in an email to her supporters.

Editor’s note: This story has been updated with comment from Sen. Dianne Feinstein.