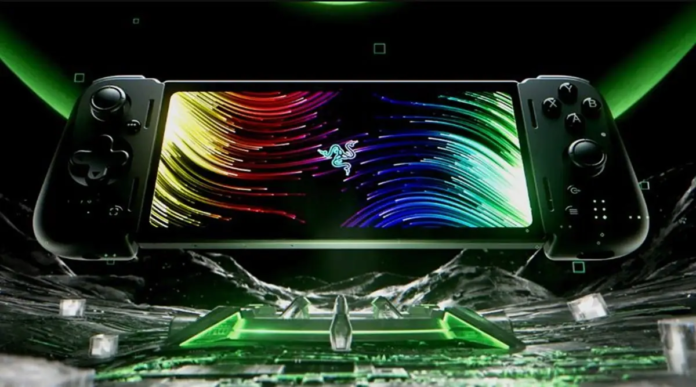 The Razer Edge is a handheld gaming device powered by the Snapdragon G3x Gen 1 chipset.

In October last year, Razer announced that it was working in partnership with Verizon and Qualcomm on an Android-based handheld gaming device called the Razer Edge 5G. At the Consumer Electronics Show 2023, the company said the Razer Edge would be available from January 26.

Razer confirmed that there would be two versions at launch – a Wi-Fi-only variant which will be available on the Razer website and RazerStore locations in the United States, and a 5G variant that can be purchased from the Verizon website and store.

To give you a quick recap, the Razer Edge comes with a 6.8-inch 144Hz AMOLED screen with a resolution of 2400×1800. It is powered by the Snapdragon G3x Gen 1, which happens to be the first chipset with Qualcomm’s active cooling solution.

Razer Edge comes with 8GB of LPDDR5 RAM, 128GB of UFS 3.1 internal storage and a microSD card slot for expansion. All of this is powered by a 5,000mAh battery. On the connectivity front, you get Wi-Fi 6E, Bluetooth 5.2 and a 3.5mm headphone jack.

The device also comes with the Razer Kishi V2 Pro controller which includes microswitch buttons, programmable macros, analogue triggers and Razer’s HyperSense haptics and access to the Xbox Game Pass. While the Razer Edge Wi-Fi variant is priced at $399.99 (approx Rs 32,909), the company is yet to reveal the price of the 5G variant. Also, there is no word if the handheld gaming device will make its way to the Indian market.