HomeNewsRaju Srivastav’s journey in politics: Found home in BJP after days in...

Raju Srivastav’s journey in politics: Found home in BJP after days in SP and an LS ticket 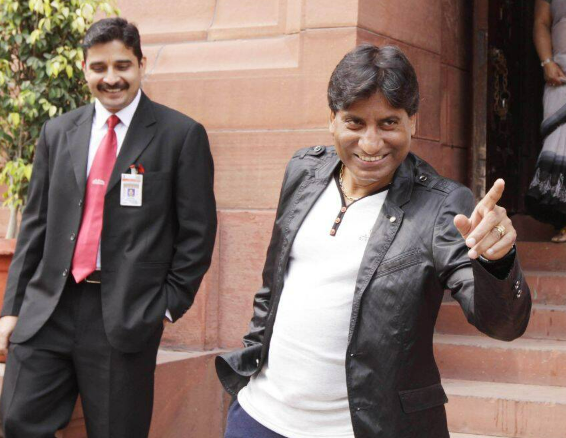 Born in Kidwai Nagar area of Kanpur city in Uttar Pradesh, stand-up comedian Raju Srivastava, who passed away on Wednesday, had entered politics in 2014 when he was offered a Lok Sabha ticket by the Samajwadi Party (SP) from Kanpur constituency in the 2014 polls.

He had also started preparations on the ground with his team of supporters but just a few days before the elections, he had returned the ticket by alleging that his supporters were being threatened by supporters of other claimants to the seat. Srivastava had also alleged that the top SP leadership was not taking cognisance of his complaint in this regard.

A week later, in March 2014, Srivastava had joined the BJP in the presence of then party president Rajnath Singh. Kanpur North district president Sunil Bajaj said that Srivastava was not very active in the party’s organisational activities because of his busy schedule outside Kanpur but he was dedicated to the party and always campaigned for BJP candidates in Kanpur during the Lok Sabha and Assembly polls.

In March 2019, he was appointed chairman of Film Development Council in Uttar Pradesh government. He was also the brand ambassador of the Swachh Bharat Abhiyan in 2014.

The prime minister tweeted, “Raju Srivastava brightened our lives with laughter, humour and positivity. He leaves us too soon but he will continue to live in the hearts of countless people thanks to his rich work over the years. His demise is saddening. Condolences to his family and admirers. Om Shanti.”

Defence Minister Rajnath Singh remembered Srivastava as an adept performer who had a cheerful personality. “I am deeply saddened by the death of popular comedian-actor Raju Srivastava…He was also very active in the field of social activities. I express my condolences to his bereaved family and his admirers,” the minister said.

Union Information and Broadcasting Minister Anurag Thakur said Srivastava was an inspiration for many.

“His passing marks the end of the era of a genre of comedy, it is not possible to fill the void created by his death. My heartfelt condolences to the bereaved family and their fans. May God give place to the departed soul at his feet,” Thakur said in a tweet.

BJP president J P Nadda said, “I am speechless to hear the news of the demise of well known comedian Shri Raju Shrivastava ji. My condolences to his family and fans in this hour of mourning. May God bless the virtuous soul at his feet,” Nadda wrote.

Delhi Chief Minister Arvind Kejriwal said,”Very sad to hear the demise of famous comedian Raju Srivastava ji. May God give place to the departed soul at his feet”.

Uttar Pradesh Chief Minister Yogi Adityanath said Srivastava took the genre of comedy to new heights with his talent and hard work. “The death of Shri Raju Shrivastava ji, who entertained everyone throughout his life with his innovative art skills, is extremely sad. Expressing my condolences to the bereaved family, I pray to God for the peace of the departed soul,” he said in a tweet.

(With inputs from PTI)