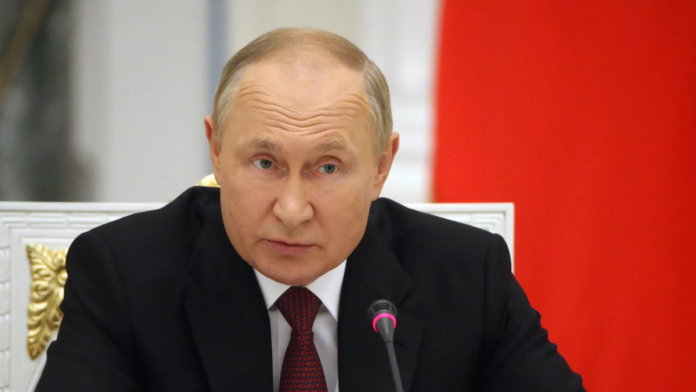 Russia’s President Vladimir Putin said he’s signed a decree on a “partial mobilization” of Russian citizens from Wednesday, nearly seven months into his war on Ukraine.

Details: “Only citizens who are currently in the reserve will be subject to conscription and, above all, those who served in the armed forces have a certain military specialty and relevant experience,” Putin said in a televised address Wednesday during which he railed against the West, per an AP translation.

What he’s saying: Putin accused Western nations of “nuclear blackmail” and claimed “high-ranking representatives of the leading NATO states” had spoken “about the possibility of using nuclear weapons of mass destruction” against Russia.

What to watch: Putin’s comments come ahead of President Biden’s speech to the United Nations General Assembly on Wednesday in which he’ll “offer a firm rebuke of Russia’s unjust war in Ukraine,” according to White House national security adviser Jake Sullivan.

Editor’s note: This article has been updated with new details throughout.