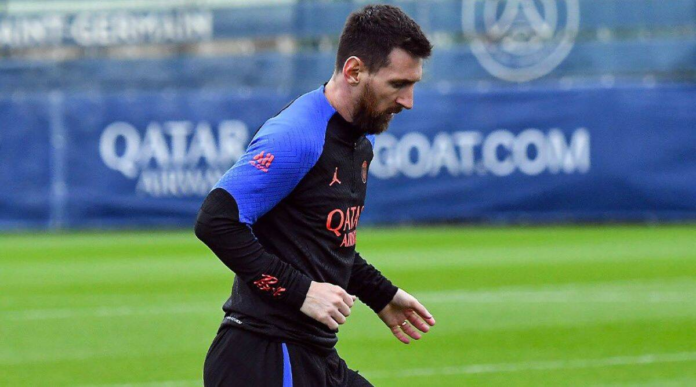 French outlet Le Parisien reported that PSG will not allow Lionel Messi to parade the World Cup trophy on their home turf – often the custom for returning winners – “amid fears of potential whistles and boos from his own supporters,” according to Goal.com.

The Argentine captain is expected to return to action for the first time since winning the World Cup when PSG host Angers in Ligue 1 on Wednesday night. This will be Messi’s first game back since beating France in the Qatar 2022 final with Argentina on December 18.

Goal.com said that it could be a potentially tricky situation. “Messi might be open to abuse from the French fans due to the taunts of Albiceleste ‘keeper Emiliano Martinez to Kylian Mbappe before and after the final. Messi was standing next to Martinez when he held a baby doll with Mbappe’s face stuck to it during Argentina’s homecoming parade in Buenos Aires,” Goal.com said.

Le Parisien further wrote that the “club feel the guard of honour given to Messi upon his return to training was a sufficient welcome for the World Cup winner, citing also the three-and-a-half week gap as another contributing factor to the on-field presentation not going ahead.”

Messi though, will be available at the Parc des Princes, for manager Christophe Galtier against Angers, unlike fellow World Cup finalist Kylian Mbappe who returns the day after.

Talk of Messi extending his stay in the French capital beyond the end of the season, after a new deal have reportedly got underway. “With the trophy parade shelved, it remains to be seen whether Messi will start the match against Angers or make an impact off the bench,” Goal.com said.

PSG suffered a defeat last time to second-placed Lens.
Messi is expected to lead out the side alongside Neymar and young forward Hugo Ekitike, the former Reims striker, according to allnewsfrance.com.

French media reported that another fresh face in the midfield was Warren Zaïre-Emery starting as PSG’s youngest-ever at just 16, in the cup win over Châteauroux at the weekend. “The midfield will be Danilo and Vitinha, with Marco Verratti. Nordi Mukiele, meanwhile, retains his spot in the starting eleven, with Achraf Hakimi also due to return tomorrow after his week off with Mbappé,” according to allnewsfrance.com.