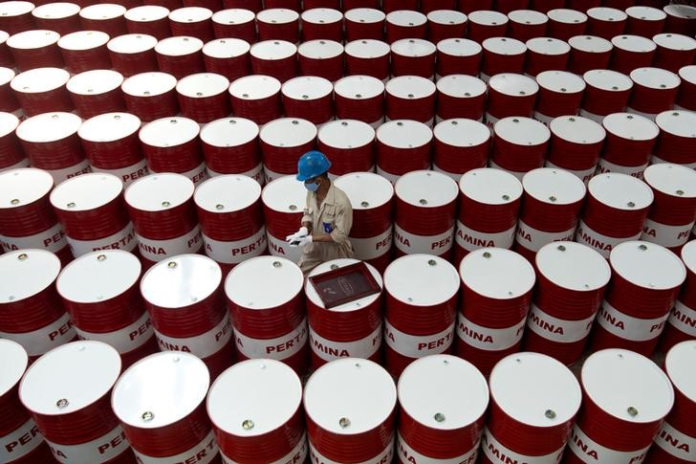 Investing.com– Oil prices fell on Tuesday, logging a soft start to 2023 as a warning on economic growth from the International Monetary Fund and increased concerns over China’s COVID-19 crisis brewed uncertainty over strength in demand.

Crude prices rallied sharply towards the end of 2022, closing the year higher as markets bet on resurgent demand and tighter supplies in 2023, especially as China reopens from COVID-19 restrictions and as Russia potentially faces more western sanctions.

But IMF Managing Director Kristalina Georgieva warned earlier this week that at least a third of the globe faces a recession in 2023, with the world’s largest economies set to see their growth slow sharply. She also warned that 2023 will be tougher than last year for major economies.

Chinese President Xi Jinping struck a more cautious tone than markets were expecting in his New Year’s address, warning of more challenges as the country enters a new phase of its COVID-19 response. Beijing had begun relaxing anti-COVID measures in December, following a year of strict restrictions on activity.

But this has resulted in an unprecedented spike in infections, which is likely to delay a full reopening this year.

While the Chinese leader also estimated that the Chinese economy grew more than expected in 2022, markets expect this trend to be largely reversed in early-2023 as the country faces an overwhelming number of COVID-19 infections.

Crude markets were encouraged by the prospect of tightening global supply, after major producer Russia said it will block exports to any countries that abide by recently-imposed U.S. and European price caps on the country’s oil shipments.

Weakness in the dollar also helped crude markets rally in recent sessions, as markets priced in the possibility of even smaller rate hikes by the Federal Reserve in 2023. The central bank is widely expected to hike interest rates by 25 basis points when it meets in February, amid increasing signs that U.S. inflation has peaked.