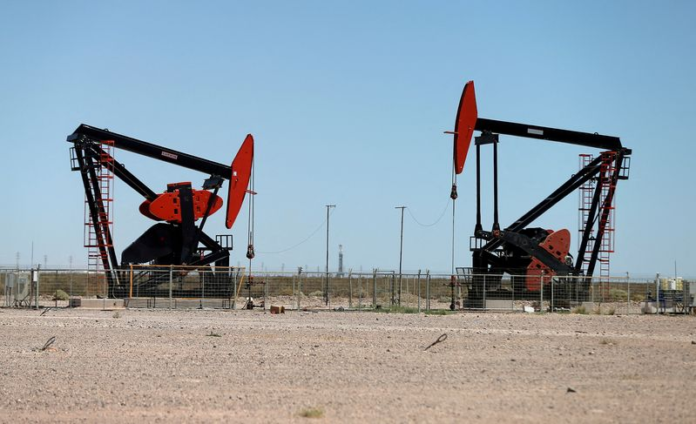 By Sonali Paul and Isabel Kua

SINGAPORE (Reuters) -Oil prices edged up on Tuesday, supported by a softer dollar and a U.S. plan to restock petroleum reserves, but gains were capped by uncertainty over the impact of rising COVID-19 cases in top oil importer China.

Oil prices have been buoyed by a U.S. plan announced last week to buy up to 3 million barrels of oil for the Strategic Petroleum Reserve following this year’s record release of 180 million barrels from the stock.

A weaker greenback has also supported prices, making oil cheaper for those holding other currencies.

However, analysts said clear signs of growing demand were needed for prices to climb further.

“The oil demand outlook will be key for how high crude prices can go and that might struggle for clarity as we see mixed signals with China’s reopening,” OANDA analyst Edward Moya said in a note.

While China has been relaxing pandemic restrictions, the surge in COVID-19 cases has been bearish for the oil markets due to uncertainties about the country’s economic recovery, said Tina Teng, an analyst at CMC Markets.

Business confidence in China had fallen to its lowest since Jan. 2013, reflecting the impact of a surge in COVID-19 cases on economic activity after the country eased pandemic control measures, a survey by World Economics showed on Monday.

U.S. crude oil stocks were expected to have dropped last week by about 200,000 barrels, while gasoline and distillates inventories were seen higher, a preliminary Reuters poll showed on Monday.

The poll was conducted ahead of reports from the American Petroleum Institute on Tuesday, and the Energy Information Administration, the statistical arm of the U.S. Department of Energy, due on Wednesday.