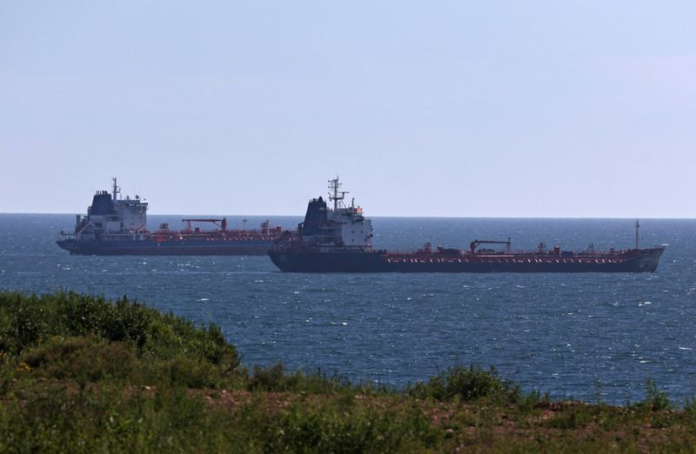 By Stephanie Kelly and Muyu Xu

(Reuters) – Oil rebounded on Tuesday after plunging by more than 3% in the previous session, as the implementation of sanctions on Russian seaborne crude oil eased concerns about oversupply while the relaxing of China’s COVID curbs bolstered the demand outlook.

The Group of Seven set a top price of $60 a barrel on Russian crude, aiming to limit Moscow’s ability to finance its war in Ukraine, but Russia has said it will not abide by the measure even if it has to cut production.

The price cap, to be enforced by the G7 nations, the European Union and Australia, comes on top of the EU’s embargo on imports of Russian crude by sea and similar pledges by the United States, Canada, Japan and Britain.

While the market weighs the impact of sanctions on Russian supply, it was also watching a traffic jam of oil tankers off the coast of Turkey on Monday, with Ankara insisting on new proof of insurance for all vessels.

“The threat of losing protection and indemnity (P&I) insurance will limit Russia’s access to the tanker market, reducing crude exports to 2.4 million barrels per day (bpd) – 500,000 bpd lower than levels seen before Russia invaded Ukraine in late February this year,” said analysts from Rystad Energy in a note.

The country is set to announce a further relaxation of some of the world’s toughest COVID curbs as early as Wednesday, sources said.

Business and manufacturing activity in China, the world’s second-largest economy, have been hit this year by strict measures to rein in the spread of the coronavirus.

But the oil price gains could prove fragile, as it would take time to confirm a sustained recovery in Chinese consumption, as well as the supply impact of Russian sanctions.