HomeNewsCommoditiesOil prices claw back some losses as focus turns to possible supply... 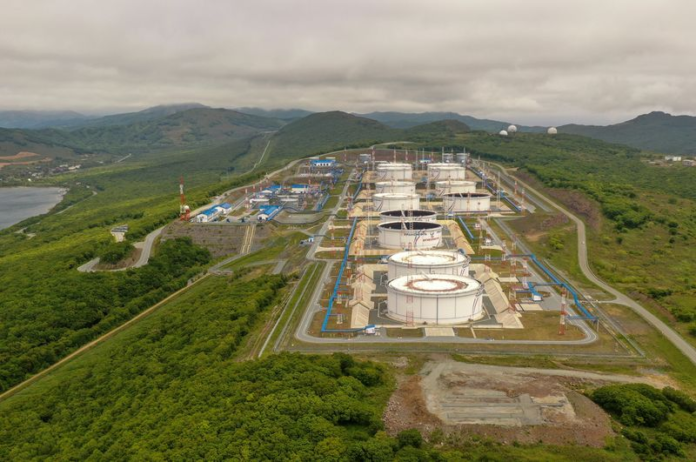 (Reuters) -Oil prices rose on Tuesday, after plunging to nine-month lows a day earlier, on indications that producer alliance OPEC+ may enact output cuts to avoid a further collapse in prices.

In the previous two trading sessions, Brent plunged 7.1% while WTI slumped 8.1% under the dual pressure of a surging dollar that makes greenback-denominated crude more expensive for buyer using other currencies and mounting concerns that rising interest rates will trigger a recession that will curtail fuel demand.

On Tuesday, an easing greenback provided some relief to the oil market. The dollar index was off a bit from the 20-year high touched on the previous day.

Officials from major producers reacted to the past days of declines by indicating they may take action to keep price stability.

Iraqi Oil Minister Ihsan Abdul Jabbar on Monday said the Organization of the Petroleum Exporting Countries (OPEC) and allies including Russia, known as OPEC+, were monitoring the oil price situation, wanting to maintain balance in the markets.

“We don’t want a sharp increase in oil prices or a collapse,” he said in an interview on Iraqi state TV.

“If we are to see cuts, they will need to be quite a bit larger than the 100,000 barrels per day (bpd) agreed at the last meeting in order to have a meaningful impact on the market,” analysts at ING Economics said in a note.

OPEC+ boosted output this year after record cuts put in place in 2020 because of demand destruction caused by the COVID-19 pandemic. However, the organization has failed in recent months to meet its planned output increases, undermining the effectiveness of any announced output reductions.

Disruptions from the Russia-Ukraine war are adding to a jittery market amid a lack of clarity over a planned European Union price cap on Russian oil exports that is expected to start in December.

“Cyprus and Hungary are among countries that have expressed opposition to the proposal. There were expectations of a deal being reached this week but that now looks unlikely,” ANZ Research said in a note.

The expected arrival of Hurricane Ian caused BP (NYSE:BP) Plc and Chevron Corp (NYSE:CVX) CVX.N to shut in production on Monday at offshore oil platforms in the Gulf of Mexico, the top U.S. offshore production region.

The category 2 storm was in the Caribbean and forecast to become a major hurricane within two days.