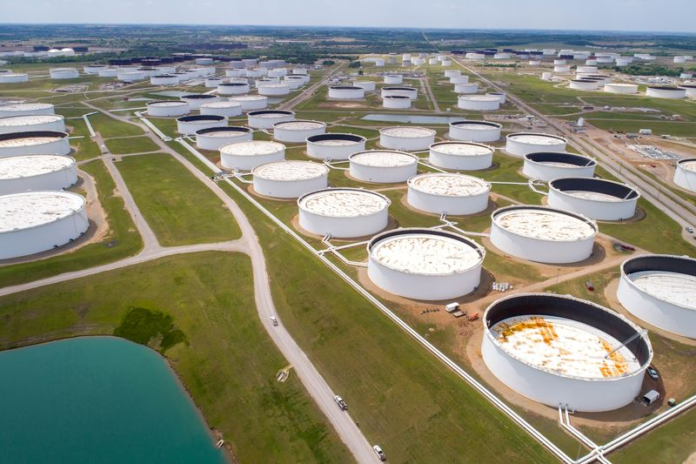 NEW YORK (Reuters) -Oil prices rose 2% to a one-week high on Wednesday as hopes for an improved global economic outlook and concern over the impact of sanctions on Russian crude output outweighed a massive surprise build in U.S. crude stocks.

Global equities were up slightly on Wednesday on hopes that U.S. inflation and earnings figures due on Thursday point to a resilient economy and slower pace of interest rate hikes.

If inflation comes in below expectations, that would drive the dollar lower, analysts said, which could boost oil demand because it makes the commodity cheaper for buyers holding other currencies.

Much of the market’s optimism was pinned on top oil importer China’s reopening of its economy after the end of strict COVID-19 curbs.

“China could bounce back strongly, especially if backed by monetary and fiscal stimulus. Central banks may discover they have room to cut rates if inflation falls substantially and economies are in recession,” said Craig Erlam, a senior market analyst at OANDA in London.

China’s industrial output is expected to have grown 3.6% in 2022 from the previous year, the Ministry of Industry and Information Technology (MIIT) said, despite production and logistics disruptions from COVID-19 curbs.

That compares with the 2.2 million-barrel decline in crude stocks analysts forecast in a Reuters poll but is more in line with industry data from the American Petroleum Institute (API), showing a 14.9 million-barrel build. [EIA/S] [API/S]

“The crude oil number implies that the refineries are not up and running at all in this report. We’re well behind last year with the freeze-in levels. That is the problem,” said Bob Yawger, director of energy futures at Mizuho in New York.

An international price cap imposed on sales of Russian crude took effect on Dec. 5 and more curbs aimed at products sales are set to come into force next month.