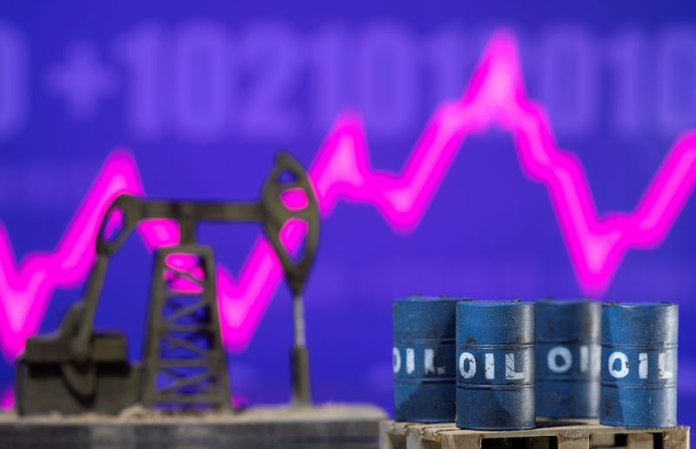 Both contracts fell as the dollar gained. A stronger dollar weakens oil demand as it makes the commodity more expensive for those holding other currencies.

Federal Reserve Chair Jerome Powell said on Wednesday the U.S. central bank will raise interest rates further next year, even as the economy slips towards a possible recession.

“Oil price is under pressure today as the Fed’s hawkish guidance for its monetary policy sparked renewed concerns about economic growth again, lifting the U.S. dollar and sending commodity prices down,” said Tina Teng, an analyst at CMC Markets.

Also weighing on oil prices, Canada’s TC Energy (NYSE:TRP) Corp said it is resuming operations in a section of its Keystone pipeline, a week after a leak of more than 14,000 barrels of oil in rural Kansas triggered the whole pipe’s shutdown.

Price declines were capped by projections from the International Energy Agency, which see Chinese oil demand recovering next year after a contraction this year of 400,000 barrels per day.