HomeEntertainmentOfficial: SRK’s Pathaan trailer to be out on this day

Official: SRK’s Pathaan trailer to be out on this day 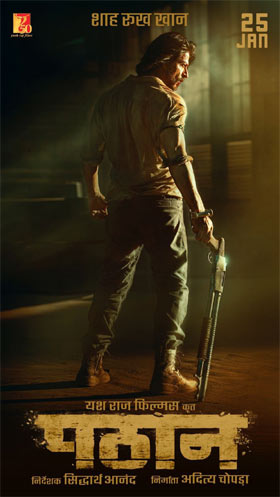 After a gap of 4 years, the Bollywood Badshah Shah Rukh Khan is all set to enthral his diehard fans with Pathaan, an action entertainer directed by Siddharth Anand. Having Deepika Padukone as the lead actress, the biggie is up for a grand theatrical release on January 25, 2022.

For many days, SRK fans are eagerly waiting for the theatrical trailer of Pathaan and here is the latest info about it. The news is that the Pathaan trailer will be released on January 10, 2022. The promotional content released to date has upped the expectation on the movie.

Pathaan also features John Abraham in a crucial role. Aditya Chopra bankrolled this hgh-budget action drama under Yash Raj Films banner. The musical duo Vishal and Sheykhar provided the soundtracks for this movie, which is also confirmed to release in Telugu and Tamil besides Hindi.