HomeNewsCommoditiesNord Stream gas 'sabotage': who's being blamed and why? 

Nord Stream gas ‘sabotage’: who’s being blamed and why?  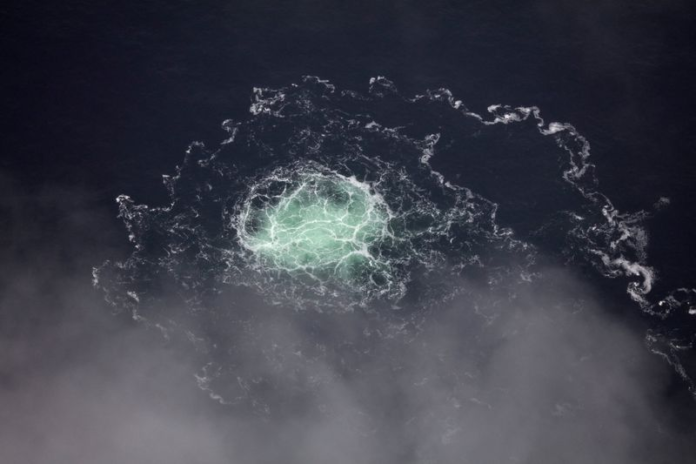 WARSAW (Reuters) – Major leaks that suddenly erupted in the Nord Stream gas pipelines that run from Russia to Europe under the Baltic Sea have generated plenty of theories but few clear answers about who or what caused the damage.

Here is what we know and what has been said so far:

WHO IS BEING BLAMED?

So far, most governments and officials have avoided pointing a finger directly, although some have made stronger hints than others.

European Union states say they believe the damage was caused by sabotage but have stopped short of naming anyone. Fatih Birol, the head of the International Energy Agency, said it was “very obvious” who was behind it but did not say who that was.

The Kremlin said allegations of Russian responsibility were “stupid” and Russian officials have said Washington had a motive as it wants to sell more liquefied natural gas (LNG) to Europe.

President Vladimir Putin called the incident “unprecedented sabotage” and “an act of international terrorism”, while the head of Russia’s intelligence agency Sergei Naryshkin said the West was doing “everything it could” to cover up the perpetrators.

The White House has dismissed charges it was responsible.

U.S. Defense Secretary Lloyd Austin said it was still too soon to point a finger and a full investigation was needed. “In terms of the attack – or the damage to the pipeline, at this point I think there’s a lot of speculation,” he said.

WHY SABOTAGE A PIPELINE?

German Navy Chief Jan Christian Kaack told German daily Die Welt in Monday’s edition, the day leaks were found although he was apparently speaking before that: “Russia has also built up considerable capacity underwater. At the bottom of the Baltic Sea, but also in the Atlantic, there is quite a bit of critical infrastructure like pipelines or submarine cables for IT.”

Alongside Nord Stream, a new pipeline has been built between gas producing Norway and Poland, which has been seeking to end its reliance on Russian energy, making the region highly sensitive for Europe’s energy security.

“(Russia) can intimidate Europeans through an act of sabotage. Because if they’re able to blow up these pipelines in the Baltic seabed, they could do that as well to the new pipeline,” said Kristine Berzina, senior fellow for security and defence at the German Marshall Fund.

However, if it was an act of sabotage, it has damaged pipelines that were built by Kremlin-controlled Gazprom (MCX:GAZP) and its European partners at a cost that ran into billions of dollars.

The damage also means Russia loses an element of leverage it still had over Europe, which has been racing to find other gas supplies for winter, even if the Nord Stream pipelines where not pumping gas when the leaks were discovered, analysts say.

Whoever or whatever is to blame, Ukraine may also be a beneficiary. Kyiv has long called for Europe to halt all purchases of Russian fuel – even though some gas still runs to Europe across its territory. Disrupting Nord Stream brings Kyiv’s call for a full Russian fuel embargo closer to reality.

HOW COULD NORD STREAM HAVE BEEN DAMAGED?

Experts say the scale of the damage and the fact that the leaks are far from each other on two different pipelines indicate that the act was intentional and well-orchestrated.

Seismologists in Denmark and Sweden said they had registered two powerful blasts on Monday in the vicinity of the leaks and the explosions were in the water, not under the seabed.

A British defence source told Sky News the attack was probably premeditated and detonated from afar using underwater mines or other explosives.

“Something big caused those explosions which means … Russia could do it. In theory, the United States could also do it but I don’t really see the motivation there,” Oliver Alexander, an open source intelligence analyst, told Reuters.

The United States had long called for Europe to end its reliance on Russian gas, he said, but Washington had little obvious motivation to act now because Nord Stream was no longer pumping gas to Europe at the time the leaks were found, although the pipelines had gas under pressure inside them.

“They already succeeded in stopping Nord Stream 2. It was already dead in the water, it wasn’t going anywhere,” he said.

Analysts say it is possible the damage was inflicted by devices that are available on the commercial market but that given the scale and precision, it was more likely carried out by an actor with access to more sophisticated technology.

Russia says it believes a state actor was involved.

“It is very difficult to imagine that such an act of a terrorism could have happened without the involvement of a state of some kind,” Kremlin spokesman Dmitry Peskov. “This is a very dangerous situation which requires an urgent investigation.”

The U.S. news channel CNN, citing three sources, reported that European security officials had observed Russian navy support ships and submarines not far from the sites of the Nord Stream leaks. Asked about the report, Peskov said there had been a much larger NATO presence in the area.

At Russia’s request, the U.N. Security Council meets on Friday to discuss the damage to the pipelines, while the Europeans are pressing on with their investigations.

For now, however, more direct fingerpointing between Russia and the West could worsen tensions that have already spiralled over the war in Ukraine, said Marek Swierczynski, a defence analyst for Polish think tank Polityka Insight.