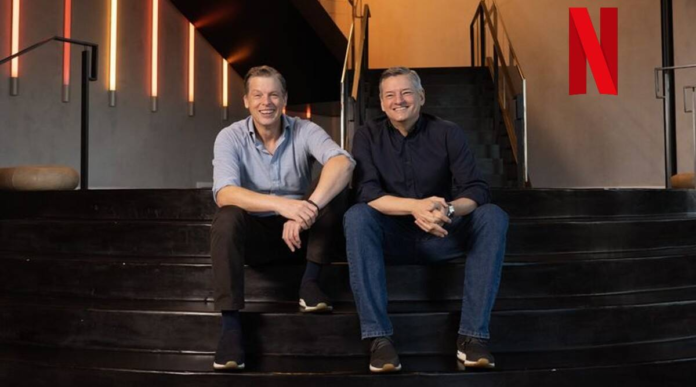 Netflix’s two new co-Chief Executive Officers (CEOs) Ted Sarandos and Greg Peters have given more details on what this end of password sharing will mean.

Last December, Netflix confirmed plans for ending password sharing in 2023 and that it would roll out an advertising-supported tier for the online streaming platform. Now in an interview with Bloomberg, Netflix’s two new co-Chief Executive Officers (CEOs) Ted Sarandos and Greg Peters have given more details on what this end of password sharing will mean.

According to Peters, the company will not sacrifice consumer experience, even as it controls password sharing, and this will be a “graduated approach.” But he added, “the vast majority of people who are not paying for Netflix will have to pay for Netflix. It gets to a pretty firm kind of position.”

He also admitted this will not be “a universally popular kind of event,” and that the streaming service will likely face some “unhappy customers.” The CEOs also stressed that they plan to increase the company’s subscriber base by 15 to 20 million, especially with a focus on countries like India. And yes, admittedly, password sharing stands in the way of subscriber growth, which has become a challenge for Netflix in light of growing competition.

Advertising is another focus area for Netflix and the company already rolled out an ad-based plan starting at $6.99 per month last year, which rolled out in Australia, Brazil, Britain, Canada, France, Germany, Italy, Japan, South Korea, Mexico, Spain and the United States.

But when asked whether Netflix was “underdelivering on advertising-supported viewers,” the duo disagreed. According to Peters, they have “knocked this thing (the ad-supported plan) outta the park,” and will be “busy building this out for years to come.” The company views the ‘basic with ads’ plan as complementary to the overall plan set and it is catering to “price-sensitive customers.”  It is not clear when Netflix plans to roll out the ad-supported plan in India. Rivals like Disney+Hotstart already have ad-based plans in the Indian market.

Regarding password sharing, Netflix has already been testing it in Latin American countries such as Argentina, El Salvador, Guatemala, Honduras and the Dominican Republic. Customers have to pay an extra fee if they use their Netflix account for more than two weeks outside of their primary residence, which is around $3. There is no word on when this will start rolling out to other countries, but it will likely take place this year.