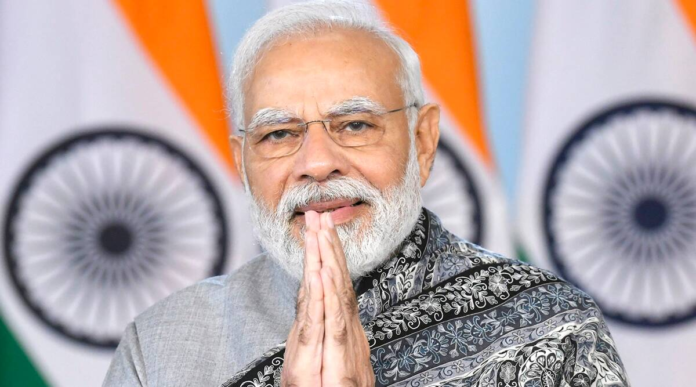 At 96th edition of Mann Ki Baat, PM Modi calls for the eradication of Kala Azar.

Pointing out that many countries were witnessing a surge in Covid cases, Prime Minister Narendra Modi Sunday urged the citizens of India to remain careful and advised all to wear masks and wash their hands regularly.

He was addressing the last Mann Ki Baat of 2022, a monthly radio programme hosted by the Prime Minister with this Sunday’s being the 96th edition of it.

Emphasising the need to keep river Ganga clean, the Prime Minister said: “Maa Ganga is integral to our culture and tradition. It is our collective responsibility to keep the river clean. While the Namami Gange Mission helped improve our biodiversity, the Swachh Bharat Mission has become firmly rooted in the minds of all Indians. The legacy of cleanliness is now being carried by all Indians together.”

Stating that India has managed to successfully eradicate diseases like smallpox, polio and guinea worm, Modi said: “In the last few years, we have overcome many major challenges in the health sector. The entire credit goes to our medical experts, scientists, and the will power of the countrymen. Now, I would like to bring your attention to another challenge — Kala Azar (visceral leishmaniasis).”

“This disease can infect anyone irrespective of age. Till a few years back, Kala Azar was prevalent in 50 districts across four states. But, thanks to the combined efforts of all, it has been contained to just four districts in Bihar and Jharkhand. I am hopeful that we will be able to eradicate Kala Azar from these districts as well,” the PM added.

While addressing the nation, Modi also extended his Christmas greetings to all citizens.

Referring to India’s performance in various fields, the Prime Minister said: “In 2022, we made several achievements that helped create a unique place for India in the world. 2022 also saw India becoming the world’s fifth-largest economy. The year also witnessed India achieving the unbelievable record of administering 220 crore vaccines.”

“The countrymen also scripted another historic moment — the Har Ghar Tiranga campaign. This Amrit Mahotsav will continue with the same spirit next year too and it will strengthen the foundation of Amrit Kaal. The year 2022 will always be remembered for one more reason — the expansion of the spirit of ‘Ek Bharat Shrestha Bharat’. The people of the country also organised many wonderful events to celebrate unity and togetherness,” the Prime Minister stated.

Modi also hailed the development of India sending its first such rocket into space that was designed and prepared by the country’s private sector. “The name of this rocket is – ‘Vikram-S’. As soon as this first rocket of the indigenous Space Start-up made a historic flight from Sriharikota, the heart of every Indian swelled with pride,” the Prime Minister noted.

According to news agency ANI, Prime Minister Modi on December 13 invited people to share their inputs for the December 25 episode of Mann Ki Baat. The Prime Minister urged people to write on the NaMo App, and MyGov app or record their messages on 1800-11-7800.

(With inputs from agencies)