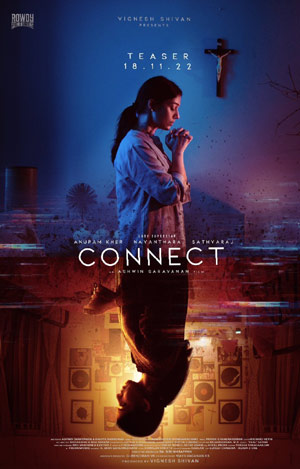 The no-interval movie Connect, starring Nayanthara in the lead role, hit the screens today. Directed by Ashwin Saravanan, the horror film has the Bollywood actor Anupam Kher in a key role.

The latest news the OTT giant Netflix has acquired the digital rights of the flick, which opened to decent reviews everywhere.

Newbie Haniya Nafisha, Sathyaraj, and Vinay Rai are the other key characters in the film. Bankrolled by Rowdy Pictures, Connect has the score composed by Prithvi Chandrasekhar.