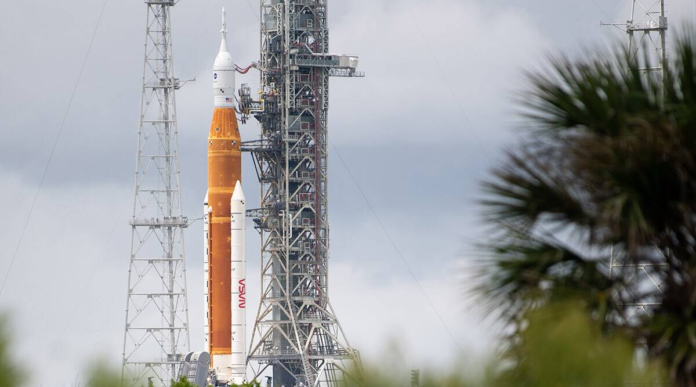 NASA is on track to conduct an Artemis 1 cryogenic test demonstration starting on September 21. You can watch the demonstration live below.

NASA is on track to conduct an Artemis 1 cryogenic test demonstration starting on September 21. Since the last failed attempt to launch the Space Launch System (SLS) rocket, the space agency’s teams have analysed the seals that were replaced on an interface for the liquid hydrogen fuel line between the rocket and the mobile launcher.

During the analysis, engineers found a small indentation on the eight-inch diameter liquid hydrogen seal that may have contributed to the leak during the previous launch attempt. They also updated the procedures for loading cryogenic (supercold) propellants into the rocket.

Based on engineering assessments, the new cryogenic loading procedures during tanking will transition temperatures and pressures more slowly to reduce the chances of leaks that can be caused by quick changes in temperature or pressure. Once the team transitions from slow fill phase of filling the liquid hydrogen tank to fast fill, teams will “kick-start” the flow of liquid hydrogen through the engines to begin conditioning or chilling down the engine. The first Artemis 1 launch attempt had to be scrubbed because one of the RS-25 engines wasn’t performing as expected during this stage.

After this, both tanks will reach the replenish phase when the pre-pressurisation test will bring the hydrogen tank up to the pressure level it will experience just before launch. During this time, engineers will calibrate the settings for conditioning the engines at a higher flow rate, as they will do during the actual launch. This pressurisation test will help teams validate timelines before launch day.