HomeNews"My Hope This Christmas Is...": President Joe Biden's Wish For US

“My Hope This Christmas Is…”: President Joe Biden’s Wish For US 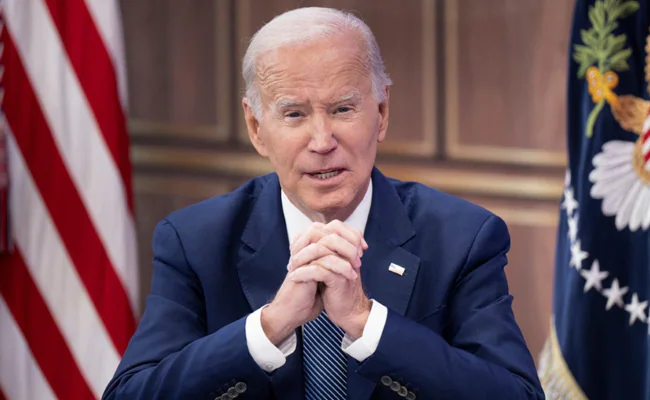 The 80-year-old spoke often early in his term about the need for reconciliation amid the discord left in the wake of Donald Trump’s presidency.

President Joe Biden delivered a Christmas address from the White House on Thursday, wishing an increasingly divided America a “fresh start” including a purge of “the poison that has infected our politics and set us against one another.”

The Democrat leader has recently taken a more aggressive stance against opposition Republicans, but with Christmas just three days away, his holiday message centered on themes of reconciliation and unity.

“My hope this Christmas season is that we take a few moments of quiet reflection, find that stillness… at the heart of Christmas and really look at each other,” Biden said from a festive White House decked out with trees, garland and white lights.

“Not as Democrats or Republicans. Not as members of Team Red or Team Blue. But as who we really are, fellow Americans, fellow human beings worthy of being treated with dignity and respect.”

The 80-year-old spoke often early in his term about the need for reconciliation amid the discord left in the wake of Donald Trump’s presidency.

Returning to that topic, the ardent Catholic delivered a message of empathy and calm.

“No one can ever know what someone else is going through, what’s really going on in their lives,” Biden said, as he invited Americans to “spread a little kindness” this Christmas.

Fifty years ago Biden lost his first wife and baby daughter in a car accident shortly before Christmas.

He reminded Americans that in addition to joy, “Christmas can be a time of great pain and terrible loneliness.”

The president has recently gained some valuable political momentum, including diplomatic and legislative successes as well as midterm elections that turned out better for Democrats than forecast.

He is expected to make a much-anticipated decision early in the new year on whether he will run again for president in 2024 after discussing his future over the holidays with his family.