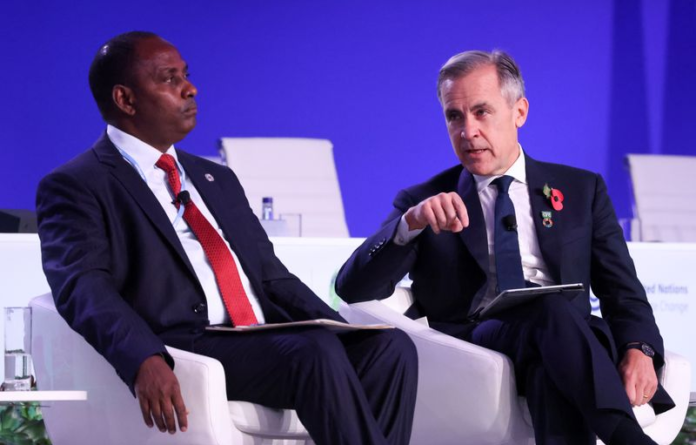 Morgan Stanley (NYSE:MS), JPMorgan (NYSE:JPM) and Bank of America (NYSE:BAC) are among the banks that are weighing an exit as they fear being sued over the alliance’s stringent decarbonisation commitments, the report said. (https://on.ft.com/3RZv9Cl)

The Glasgow Financial Alliance for Net Zero (GFANZ), set up in 2021 by former Bank of England governor Carney, is a coalition of assets managers, banks and insurance firms representing $130 trillion in assets directed toward tackling climate change.

Some members of the alliance have recently said that they “feel blindsided by tougher UN climate criteria and are worried about the legal risks of participation”, the report said.

Morgan Stanley, JPMorgan, Bank of America and GFANZ did not immediately respond to Reuters requests for comment outside business hours.

The banks’ legal departments are particularly anxious about U.S. Securities and Exchange Commission (SEC) rules around climate-risk disclosures, the report said. The SEC will soon require formal disclosures in annual reports about governance, risk-management and strategy with respect to climate change.

The bankers have also complained that the demands placed on them are not supported by enough government action on climate change and that there are fewer members in GFANZ from the world’s top carbon-emitting countries such as China, Russia and India.

GFANZ earlier said it planned to release a series of frameworks, white papers and other guidance to help its members reach their climate goals as it prepares for the next UN climate summit in Egypt in November.

Carney became the chair of Brookfield’s asset management division in August. (This story corrects to remove reference to Santander (BME:SAN) in paragraph 2 and 5)