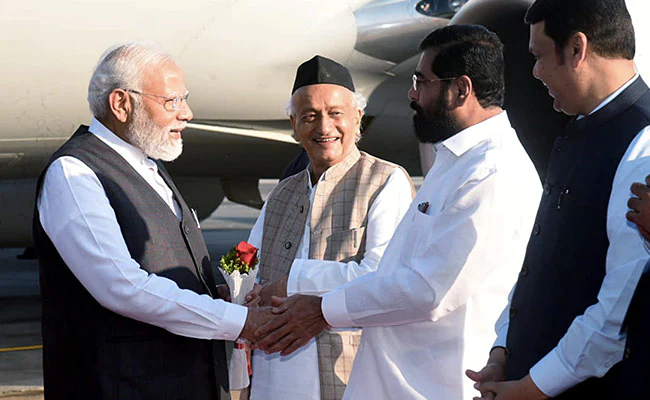 “Governor Koshyari has expressed his desire to spend the rest of his life in reading, writing and other leisurely activities,” read the statement issued by the Raj Bhavan.

“I have always received the love and affection from the Hon’ble Prime Minister,” BS Koshyari tweeted.

Maharashtra Governor Bhagat Singh Koshyari, whose controversial decisions since his appointment in 2019 made headlines, has informed Prime Minister Narendra Modi that he wishes to step down from post. “Governor Koshyari has expressed his desire to spend the rest of his life in reading, writing and other leisurely activities,” read the statement issued by the Raj Bhavan.

“It was an absolute honour and privilege for me to serve as the Rajya Sevak or Rajyapal of a great State like Maharashtra – the land of Saints, Social reformers and valiant fighters,” Mr Koshyari said in the statement to the media.

The Governor had expressed his desire to step down from the post in the run-up to the civic election in Mumbai.

Appointed in September 2019 in a state where the opposition soon came to power, Mr Koshyari has been known for his continuous friction with the government led by Uddhav Thackeray.

After the state elections that year, Mr Koshyari, who was then two months into his term, held an early morning oath ceremony of Devendra Fadnavis and Ajit Pawar before Mr Thackeray and his Maha Vikas Aghadi could stake claim to form government.

The government had the Governor had clashed on multiple issues since — including the reopening of temples after the Covid pandemic, the sale of beef in Goa, refusal of a state plane for Mr Koshyari’s visit to Dehradun, and a special session of the state assembly he called following the rape and murder of a woman in Mumbai’s Sakinaka.

Mr Koshyari’s controversial decisions continued even after the MVA government was toppled by Eknath Shinde. In September last year, he scrapped the list of 12 MLCs nominated by the MVA after Chief Minister Eknath Shinde wrote to him.

There have been other rows as well. Mr Koshyari’s statements on Savitribai Phule and Jyotiba Phule had made headlines. His remark that Chhatrapati Shivaji Maharaj is an icon of old times had triggered statewide protests.

The Uddhav Thackeray faction of the Shiv Sena alleged that the Governor had insulted the icons of Maharashtra and had hurt the Marathi pride.

Dubbing him “biased”, the opposition had organised a protest against the Governor last month, demanding that he be removed from the post.

“A Governor is the representative of the President of India and there should be some criteria on who can be appointed to such a post. I demand such rules be framed,” Uddhav Thackeray had said.

“Though It Was Going To Be A Nightmare…”: Rishi Sunak On UK Top Job