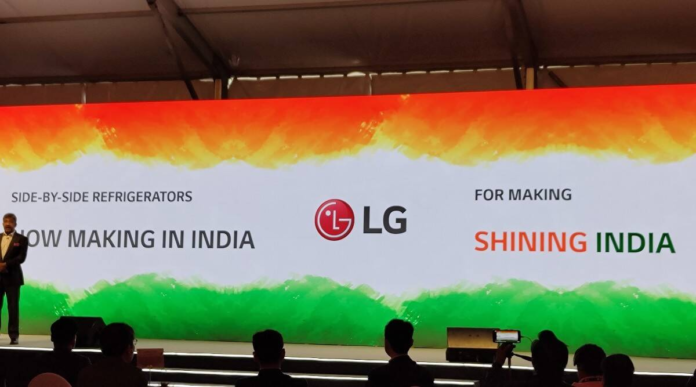 The upgraded LG campus in Pune is now capable of producing 200,000 side-by-side refrigerators per year.

The upgraded LG campus in Pune is now capable of producing 200,000 side-by-side refrigerators per year. Besides refrigerators, LG also manufactures other consumer products like smart TV, washing machine, monitors, and ACs on the same campus.

The new range of side-by-side refrigerators are powered by LG ThinQ technology, allowing users to remotely control various aspects of the refrigerator. These refrigerators also use AI to understand user behaviour and optimise power consumption accordingly.

The 2023 edition of the LG InstaView refrigerator now comes with a 23 per cent bigger InstaView window, which allows users to sneak peek into the contents of the refrigerator without actually opening it. Users can activate InstaView by knocking twice on the tinted glass. Besides, this model also has a water dispenser with UVnano technology, which uses UV light to reduce 99.99 per cent of the bacteria from the water nozzle.

To keep the food items fresh, the InstaView refrigerator also comes with a Hygiene Fresh air filter, which eliminates 99.99 per cent of bacteria and the same has been confirmed by TUV Rheinland. Overall, there are 15 SKUs of LG’s side-by-side refrigerator, and all the models will be available via online and offline retail stores across the country.