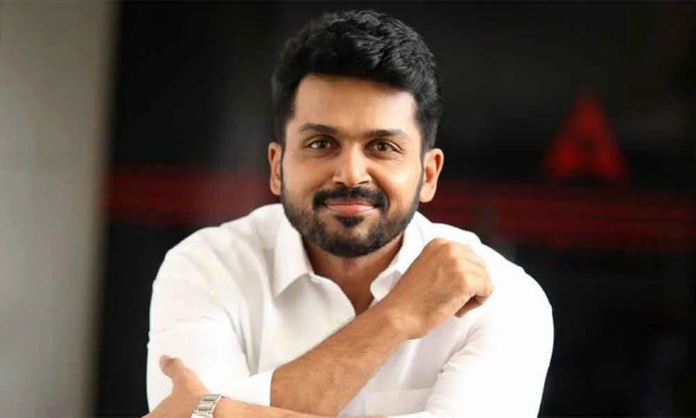 Kollywood hero Karthi has been in supreme form as he scored back-to-back blockbusters in the form of Ponniyin Selvan 1 and Sardar. He was one of the highlights in Mani Ratnam’s period drama, and Karthi was applauded for choosing a powerful film like Sardar.

Now the interesting news in Tamil film circles is that the actor is collaborating with Super Deluxe writer Nalan Kumaraswamy. This is the 26th film for the actor, and the update is that the shooting will commence on February 20 in Chennai.

Recently the actor released the first look poster of his new film Japan directed by Raju Murugan, which was impressive. Karthi, known for his unique scrip selection, will next feature in Ponniyin Selvan 2, which is up for a grand release on April 28, 2023.

Share
Facebook
Twitter
Pinterest
WhatsApp
Previous article
Cristiano Ronaldo joins Al Nassr: Who are the other prominent players the Portuguese superstar will play with?
Next article
Confirmed: Vijay and Ajith to arrive on the same day in theatres