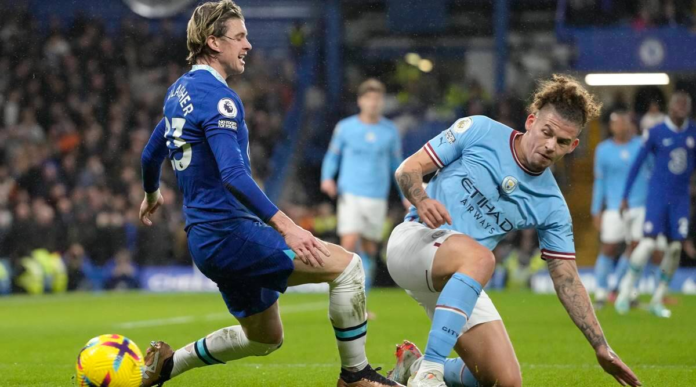 Guardiola said Phillips, who has made five substitute appearances in all competitions so far, could get his first start against Southampton in Thursday’s League Cup quarter-final.

Manchester City manager Pep Guardiola said midfielder Kalvin Phillips has “improved his level” but must be in perfect condition all year, having learnt a valuable lesson after being dropped for returning overweight from the World Cup.

Phillips played only 40 minutes for England as a substitute at the finals. He has yet to start a game for City his move from Leeds United in the close season due to a shoulder injury.

Guardiola had publicly criticised Phillips for being overweight, after leaving him out of City’s squad for their League Cup win over Liverpool on Dec. 22

“It will maybe be a good lesson for him in the future. I have the feeling that a footballer has to be perfect over 12 months,” Guardiola said. “Even in holidays you have to be perfect.

“You can enjoy and do whatever you want, but you have to be ready because this level is so demanding. To play every three days you have to be fit, and if you are not fit, nothing. In the last week, he has improved his level.

Guardiola said Phillips, who has made five substitute appearances in all competitions so far, could get his first start against Southampton in Thursday’s League Cup quarter-final.

City host Chelsea in the FA Cup on Sunday, having beaten them 1-0 at Stamford Bridge in the Premier League on Thursday.

“For sure he will play in the League Cup,” Guardiola said. “Sunday, we will see. I had the feeling that last week he is back. A good feeling. He worked to change my mind so that he can play.”