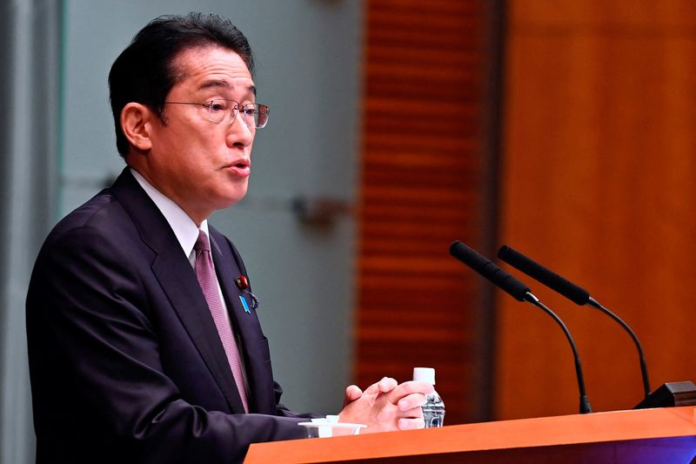 By Tetsushi Kajimoto and Takaya Yamaguchi

TOKYO (Reuters) – Japan is set to unveil on Friday a record $864 billion budget for the next fiscal year from April, pushed up by increased military spending and higher social security costs for a fast-ageing population, according to a final draft reviewed by Reuters.

The draft budget – to be endorsed by Prime Minister Fumio Kishida’s cabinet along with government bond issuance plan – points to a narrow path for the government to achieve its fiscal target as it tries to pull the world’s No.3 economy out of the COVID-induced doldrums.

The budget’s size at 114.4 trillion yen marks a big jump from the current fiscal year’s initial figures at 107.6 trillion yen. The spending will be funded by a large amount of bond sales, with the bond dependency ratio of 31.1% underscoring the fiscal constraints faced by the government.

Defence accounts for the bulk of the increase in fiscal 2023 budget as Kishida sets his sights on doubling Japan’s annual defence spending to 2% of GDP within five years to deal with an ever-assertive China and an unpredictable North Korea.

For fiscal 2023, the defence spending amounts to 6.8 trillion yen, up 1.4 trillion yen from this year. The government would also set aside 3.4 trillion yen to help finance its five-year defence build-up plan.

The need to boost Japan’s military spending comes at a time of intensifying economic challenges as the Ukraine war, soaring inflation and rising rates worldwide push the global economy to the brink of recession.

All of this means a longer road to reducing Japan’s public debt that tops 2.5 times of the size of its economy.

On the brighter side, tax revenue is seen hitting a record 69.4 trillion thanks in part to recovery in corporate profits, allowing the government to reduce new bond sales by 1.3 trillion yen to 35.6 trillion yen.