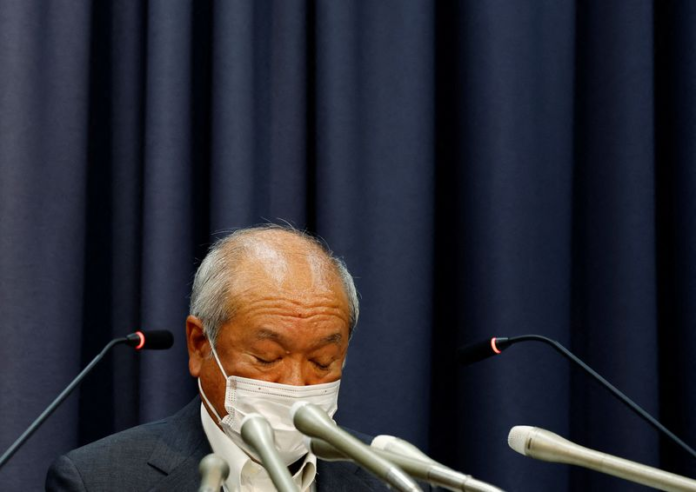 TOKYO (Reuters) – Japan’s government, which has publicly said it does not want to issue new debt, wants to use construction bonds for developing Self-Defense Force facilities as part of efforts to boost defence spending, Kyodo news agency reported on Tuesday.

The government will earmark about 1.6 trillion yen ($11.61 billion) for construction spending by the fiscal year that ends in March 2028, Kyodo said, citing an unnamed person involved with the process.

Prime Minister Fumio Kishida had said as recently as Saturday that issuing debt to pay for military spending was “impossible as a responsible option for the future”.

Finance Minister Shunichi Suzuki said he was aware of the media report, adding that no decision has been made.

“We are in the middle of a decision-making process. At this moment, the government has not reached a conclusion,” he said. “In developing defence capabilities stably for the future, it’s difficult to consider government bonds as stable funding sources.”

Kishida has told his government to earmark 43 trillion yen for defence over the next five years; that would double annual defence spending to the equivalent of about 2% of Japan’s gross domestic product. But the industrial world’s most indebted government is struggling to scrape together funding sources.

Japan is saddled with public debt that is more than twice the size of its economy. Boosting defence capabilities has emerged as an urgent matter amid uncertainty over China, North Korea and Russia.

Given the government’s tattered public finances, Japanese officials have publicly shrugged off the possibility of fresh government debt issuance, while pledging to streamline spending, raise taxes and tap non-tax revenue.

However, some ruling party lawmakers have called for issuing construction bonds to pay for portions of the larger defence budget.

On Monday, Sanae Takaichi, a cabinet minister, voiced opposition to any hasty decision on tax increases.