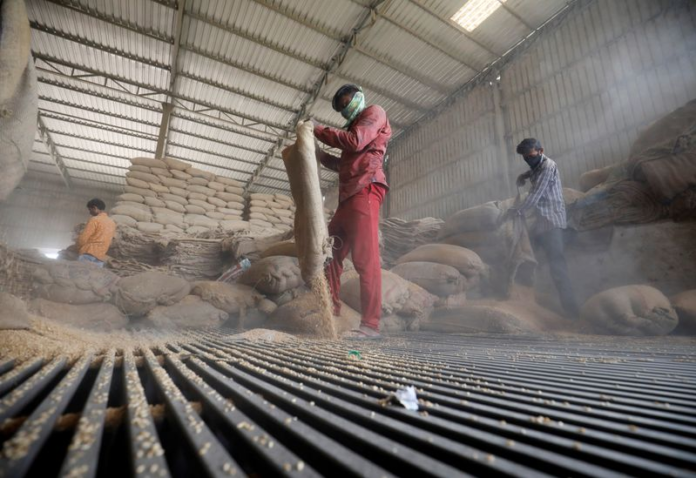 NEW DELHI (Reuters) – Wheat stocks in India’s government warehouses will fall by about 13% by early next month from current levels but will be sufficient for welfare schemes of the country, the ministry of consumer affairs and food said on Thursday.

Wheat stocks in government warehouses for December fell to the lowest in six years, as prices jumped to a record high on rising demand and falling inventories. India, the world’s second-biggest wheat producer, placed a ban on its exports in May.

The government said there had been a “fair increase in the sowing of wheat crop as compared to last year”, which should boost stocks in the next procurement season beginning April.

“Government of India has ensured that sufficient stock of food grains are available in the central pool to meet the requirement of all the welfare schemes across the country and prices remain under control,” the statement said.

The statement comes as wheat prices in the country have seen a surge due to a drop in yields. The government has blamed this on lower production last season and the fact that farmers sold the crop on the open market at prices higher than state-guaranteed prices.

Wheat reserves in state stores fell to 19 million tonnes on Dec. 1 from 37.85 million tonnes a year ago, government data showed. The last time stocks for December were this low was in 2016, when droughts in the previous two years had hit wheat output.