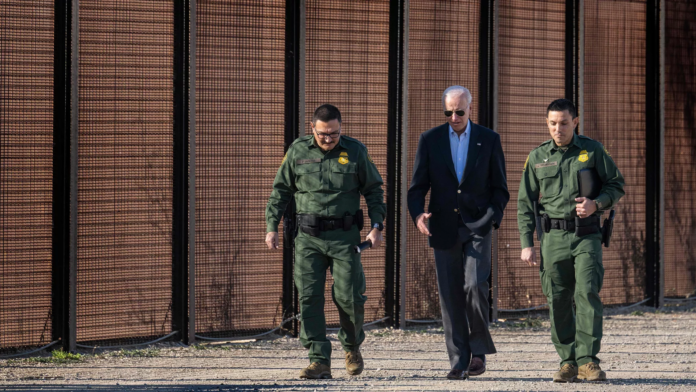 An increase in the number of people from Nicaragua and Cuba arriving at the U.S.-Mexico border last month led to the highest number of illegal border crossings in a given month recorded during President Biden’s administration.

The big picture: The surge in migrants came just before Biden unveiled a policy to curb illegal border crossings, telling migrants from Cuba, Nicaragua and Haiti to “not just show up at the border.”

By the numbers: More than 216,000 migrants were stopped at the southwest border in December, marking an 11% increase from the previous month, according to U.S. Customs and Border Protection.

Meanwhile, Venezuelans, who previously constituted a part of the increase, continued to arrive at far lower numbers, CBP said, attributing it to the migration enforcement process that includes expulsions to Mexico.

Zoom out: Biden announced earlier this month that the U.S. would offer legal entry for up to 30,000 migrants and asylum seekers a month from Nicaragua, Haiti and Cuba — in addition to Venezuela.

Zoom in: The same process has been in place for Venezuelans since October, and the number of Venezuelans attempting to cross the border has since declined.

What they’re saying: “Early data suggests the expanded measures for Cubans, Haitians, and Nicaraguans are having a similar impact, and we look forward to sharing the additional data in the next update,” CBP Acting Commissioner Troy Miller said in a statement.