HomeNews"If Unable To Fulfill Promises, Will Retire": Congress's Siddaramaiah Ahead Of Karnataka...

“If Unable To Fulfill Promises, Will Retire”: Congress’s Siddaramaiah Ahead Of Karnataka Polls 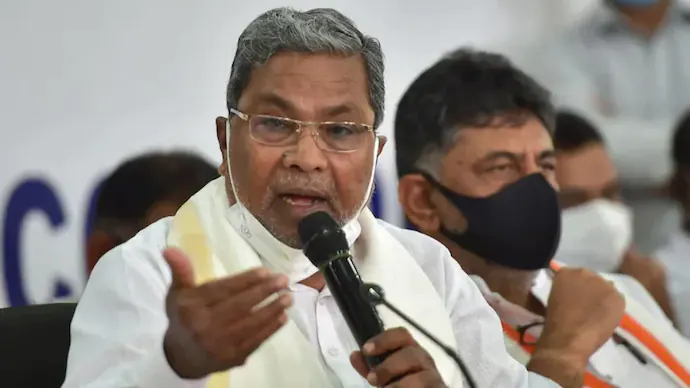 The former Chief Minister assured that his party will fulfill the promises made to people, however difficult it may be.

Senior Congress leader Siddaramaiah on Sunday claimed that he and his party leaders will retire from politics and go home, in case they are not able to fulfill promises made to people, on coming to power in Karnataka, after the Assembly polls by May.

The former Chief Minister assured that his party will fulfill the promises made to people, however difficult it may be.

“If we come to power we will give 10 kg of rice, already we have promised 200 units of free power and ₹ 2,000 to women-led households…you have trust in us right? However difficult it may be, we will fulfill our promise,” Siddaramaiah said.

Addressing a large gathering as part of Congress’ ongoing “Praja Dwani Yatre”, a state-wide tour here, he said, “in case we are not able to fulfill, we will retire from politics and go home.” The Congress has promised that families below the poverty line will get 10 kg of rice for free, if the party comes to power.

It has recently announced, ‘Gruha Jyoti scheme’, under which all households will get 200 units of free electricity every month; also ‘Gruha Lakshmi scheme’, a promise to provide ₹ 2,000 every month to women-led households on coming to power.

Reacting to Siddaramaiah’s remarks, Chief Minister Basavaraj Bommai in Mysuru said, such a situation of political retirement will certainly come for the Leader of Opposition.

“He (Siddaramaiah) is someone who had been the Chief Minister, he is aware of the situation of ESCOMs (Electricity Supply Companies), their situation had deteriorated during his tenure. After we came to power we infused ₹ 8,000 crore directly and as a guarantor for about ₹ 13,000 crore loan- we have saved them and ensured that there is no disruption in power supply,” he said.

When such is the situation, if the Congress is promising to implement something that cannot be done, then it is clear that they are doing it out of desperation due to the fear of losing, he alleged.