HomeNews‘I told him, you are making the wrong move’: Mourinho on Ibrahimovic...

‘I told him, you are making the wrong move’: Mourinho on Ibrahimovic moving to Barcelona from Inter Milan in 2009 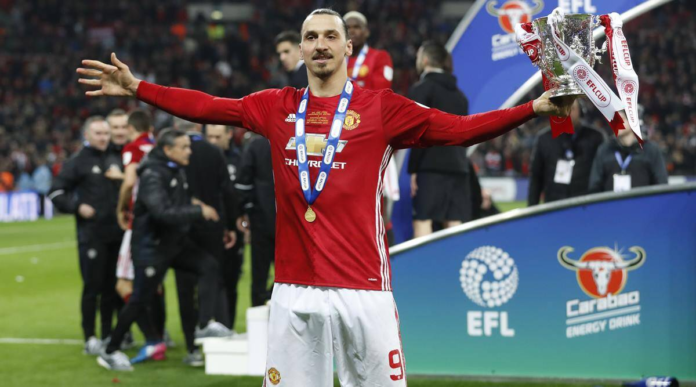 Inter Milan, under Jose Mourinho, won a treble, including the Champions League in 2009-10, while Ibrahimovic had a pubic outfall with the then Barcelona manager Pep Guardiola.

Jose Mourinho in an interview, revealed how he warned Zlatan Ibrahimovic from joining Barcelona from Inter Milan in 2009.

“Before he left, I told him. We were in Los Angeles before a friendly game against Chelsea. It was the middle of July, something like that,” Mourinho was quoted as saying by SPORTBible.

“Before the game, he was telling me he would prefer not to play because the next day he was going to travel to Catalonia to join Barcelona.

“I knew already from Mr Moratti [Massimo Moratti, former Inter owner] what was going on, the amount involved, Eto’o was coming as a change to us.”

Ibrahimovic in his autobiography ‘I am Zlatan Ibrahimovic, has heaped praise on Mourinho while making a scathing attack on Guardiola.

“Jose Mourinho is a big star. Mourinho would become a guy I was basically willing to die for,” said Ibrahimovic.

His words for later boss, Barcelona’s Pep Guardiola, were not so kind.

“If Mourinho lights up a room, Guardiola draws the curtains. I guessed that Guardiola was trying to match up to him. He’s a spineless coward,” he added.

Zlatan’s feud with Guardiola erupted in the aftermath of Barca’s Champions League semi-final loss to Mourinho’s Inter in 2009-2010.

The manager forced Zlatan to come on for the last five minutes of a La Liga match with Villarreal, something he wasn’t too happy about.

Ibrahimovic and Mourinho eventually reunited at Manchester United in 2016, winning the Carabao Cup and Europa League.