HomeNews‘I had a word with him last night actually’: Mitchell Starc reveals...

‘I had a word with him last night actually’: Mitchell Starc reveals Bruyn was doing it since the previous day 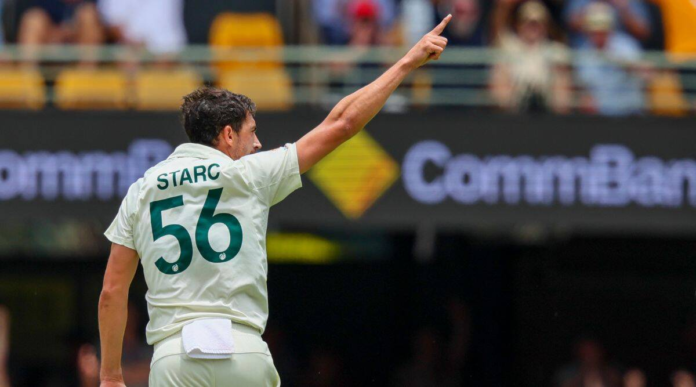 De Bruyn was eventually dismissed on 28, caught by Steve Smith off Scott Boland.

Expressing his displeasure over South African batsman Theunis de Bruyn’s repeatedly backing up at the non-striker’s end during the second innings of the Boxing Day Test at the MCG, Australian pace bowler Mitchell Starc said “I had a word with him (De Bruyn) last night (Wednesday) because he was doing it yesterday.”

“I said it again to him and he said, ‘I’m not doing it on purpose.’ There’s no need for it, I keep saying I’m not going to take the stumps but you at least keep your bat behind the line,” Starc said.

The 32-year-old Australian quick, after jokingly telling de Bruyn that he was “half way down Punt Road”, became more strident later, warning the Proteas top-order batter that if he continued to leave the crease, he would be forced to ‘Mankad’ him.

“There’s no need for it (backing up too far). You saw how far down he was,” added Starc, who will need a prolonged break to recover from the injury to his left hand finger.Australian bowler Mitchell Starc bowling with an injured to finger to his bowling hand. (CA)

Once considered unfair play, although legal, in the gentleman’s game, the ICC has now termed these kind of dismissals as ‘run out’. Since October 1, it no longer sits in the ‘unfair play’ section of its rule book.

However, the debate continues if such dismissals are against the ‘spirit of game’.

Starc, who bowled with excruciating pain on Thursday due to an injured finger in his bowing arm, got the full backing of his skipper Pat Cummins.