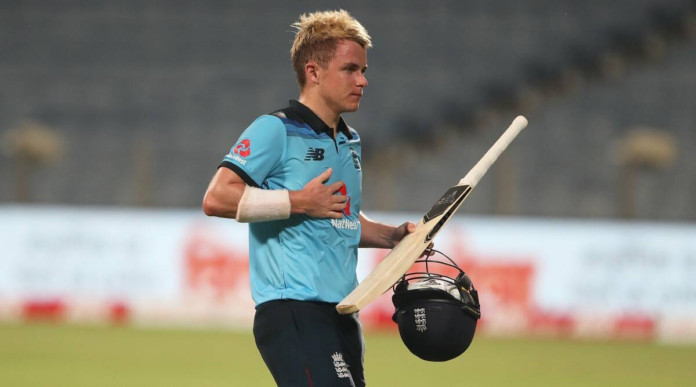 With four-time IPL champions CSK looking to rebuild after finishing ninth in IPL 2022, they could again target Curran as Dwayne Bravo has retired, leaving a key slot vacant.

England all-rounder Sam Curran is hoping to get a good deal in the IPL auction on Friday, but said being in the same “bracket” as someone like Ben Stokes and a few others might affect his chances.

The IPL auction will take place in Kochi with all-rounders like Stokes and Australia’s Cameron Green, among others, expected to make big bucks with several teams hoping to bid big on them. Curran, whose base price is Rs 2 crore, can multiply his earnings in the auction and the 24-year-old said he will be keenly following the action on television.

“I’ve been in previous auctions (as well); you go in with your base price. I’ll be watching (the auction) on TV. On Friday morning, I guess, when your name comes up, you just say ‘keep the paddle up there’,” Curran said in a video posted by ‘The Telegraph’.

Curran, who was picked up for a mind-boggling Rs 7.2-crore by Punjab Kings — the third-highest bid in the auctions prior to IPL 2019, added he was quite hopeful of landing a good deal.

“Firstly you’ve got to get picked. I’ve got, obviously, hope that I’ll go somewhere. But I guess that’s one of those things (that) I’m in the same bracket as (Ben) Stokes and a few other all-rounders, who have come out and I guess they work in sets. So, anything can happen,” he added.

Ahead of the 2020 season, Curran was released by Punjab Kings but the pace bowling all-rounder, who had a base price of Rs 1 crore, was finally sold to Chennai Super Kings for Rs 5.5 crore.

The England player would suit them because he has done well for them in the past.

On England’s stunning 3-0 Test series win against Pakistan, Curran said, the way the side was playing was simply amazing.

“It’s been crazy. Having played under (Test skipper) Stokes and (head coach) Brendon McCullum in the past, the way they’ve been playing is amazing. It (winning run) started in the summer and the best thing about it, I guess, is that there been quite a few injuries and guys like Jonny (Bairstow) who probably started that (winning streak) and came out and gave that confidence, he’s missed out (due to a freak injury).

“(Now) you’ve got Brooky (Harry Brook) coming in and get three hundreds in Pakistan and he is kind of saying ‘how would Jonny get back’. It’s absolutely amazing,” said Curran.

“I guess everyone thought Pakistan is an amazingly tough place to tour. But to win, it’s an amazing achievement.”