HomeNewsGovt did not put money in middle-class pocket, but gave it metro,...

Govt did not put money in middle-class pocket, but gave it metro, smart cities: Nirmala Sitharaman 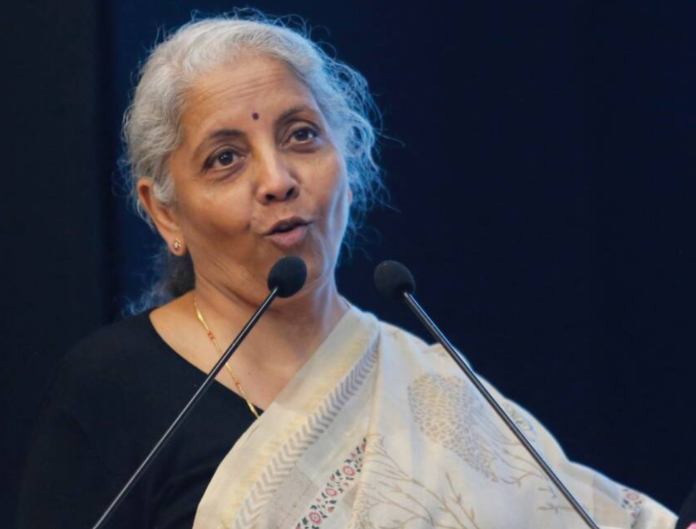 On the question of some international indices such as the Hunger Index rating India poorly, Nirmala Sitharaman urged people to question their data and quality of research and also suggested that there were people in India on the payroll of international elements indulging in anti-India propaganda.

The debate over what is a freebie is pointless, it is about whether the state has the money to give it out, Finance Minister Nirmala Sitharaman said on Friday. Speaking ahead of the Budget, the minister skirted the issue of middle-class expectations but said although the government had not put money in middle-class pockets, it gave them metros and smart cities that made their life easier.

“There is no point in getting into the debate of what is a freebie and what is not. The core issue is, if you have the money, make promises and give what you want and eventually make the payment,” Sitharaman said during an interview by RSS-affiliated magazine Panchjanya Editor Hitesh Shankar at an event by the weekly.

She, however, clarified that this did not mean the government had already done everything and nothing more should be expected. “I was in Indore a few days back. It is so beautiful. Isn’t it good for the middle class there. Drinking water is reaching every home. Aren’t they middle class. I can list more. But we can do more. The middle class is enlarging,” she said.

“The issue is not what item is a freebie and what is not. You make some promise ahead of elections. For example, you promise free electricity. When you come to power only then you know the state’s financial strength. Suppose, the financial health is good and you can give free electricity. Then you must show it in the Budget. And at the end of the year your balance sheet is fine. Then that is not a freebie,” Sitharaman said.

She, however, clarified that this, too, must happen to an extent as Budget should be used for asset creation, not for daily expenses.

“What we are seeing is that in most states this is not happening. Promises are being made, deliveries also happening, but when it comes to payment, (they say) Modiji, you make the payment. You make the promise, you earn the votes, but when it comes to payment, you direct towards someone else. Or this pending payment keeps accumulating and no one knows who will pay,” she said.

Giving the example of power sector, she said, “Many discoms at state level are not getting paid. In turn, they don’t pay to generating companies. These dues keep accumulating and no one is ready to take the responsibility. This is the headache.”

On the question of some international indices such as the Hunger Index rating India poorly, Sitharaman urged people to question their data and quality of research and also suggested that there were people in India on the payroll of international elements indulging in anti-India propaganda.

“All these index-making institutions are not government run. But there is a class in the country that uses those indices to beat its own government. People are writing about how these indices are wrong. Sanjeev Sanyal, who is part of PM’s economic advisory group, has been writing about it for a year,” Sitharaman said.

Urging Indians to not give much traction to such indices, she said, “There is a body in the US that measures religious freedom. It keeps writing every year that religious freedom in India is decreasing. But because its name has United States, many people confuse it for a US government organisation, whereas it is an NGO. Imagine what traction will an Indian NGO talking about gun violence in the US get in that country. It will be nothing. But we give traction to US NGOs. We should question their data. We should question how many of their researchers hit the ground? You wont find any. They just ask their friends, who are ideologically aligned with them, to write a report. They prepare their indices based on secondary sources.”

When asked if the takers of international propaganda against India are sitting in the country and if there are “sleeper cells” in the media and academia, Sitharaman said, “It is possible. There are people in India on the payroll of such elements.”

On the question of whether abrogation of farm laws due to “propaganda” would harm farmers, Sitharaman said, “I don’t agree. Whatever has to be done for farmers will continue to be done. There will be no roadblock to doubling of farmers’ income. In fact, it is moving at a great pace. As far as farm laws are concerned, as PM said, perhaps, we couldn’t convince some people. No one is saying there is anything wrong with the laws.”

On a question of trade with Pakistan, the Finance Minister said, “Pakistan never gave India MFN (Most Favoured Nation) status. All attempts at fair trade did not get favourable response from Pakistan. After Pulwama attack, we could have open trade relations with Pakistan.”

On employment generation, she said, “We have a full system of supporting startups from the stage of idea to scaling up manufacturing. There are provisions for loans and tax benefits. MSME are being given interest subvention. Emergency liquidity credit guarantee scheme helped many MSMEs from shutting down during Covid.”

Sitharaman also said that the government was consistently increasing capital expenditure for infrastructure since 2020.

On how the government was tackling the problem of NPAs, she said, “The Modi government’s approach is that banks should have the freedom to operate in a professional manner. Whereas previous government had this as to how it can give illegal benefits to party workers, brother, nephew, brother-in-law etc. In a way, misuse without shame.”

She said the Modi government changed this with a four-pronged approach. “First, recognize banks have the problem of NPAs. Then, resolve the problem. Then, recapitalize the bank. Eventually, reform the bank so that it runs professionally. Under Modi government, no one can call the bank and ask it to give loans to someone whether they have security and collateral to offer.”

Share
Facebook
Twitter
Pinterest
WhatsApp
Previous article
Al Hilal and Al Itihad willing to pay € 350 million to Lionel Messi to bring him to Saudi Arabia: Report
Next article
Suriya to team up with this Malayalam director?